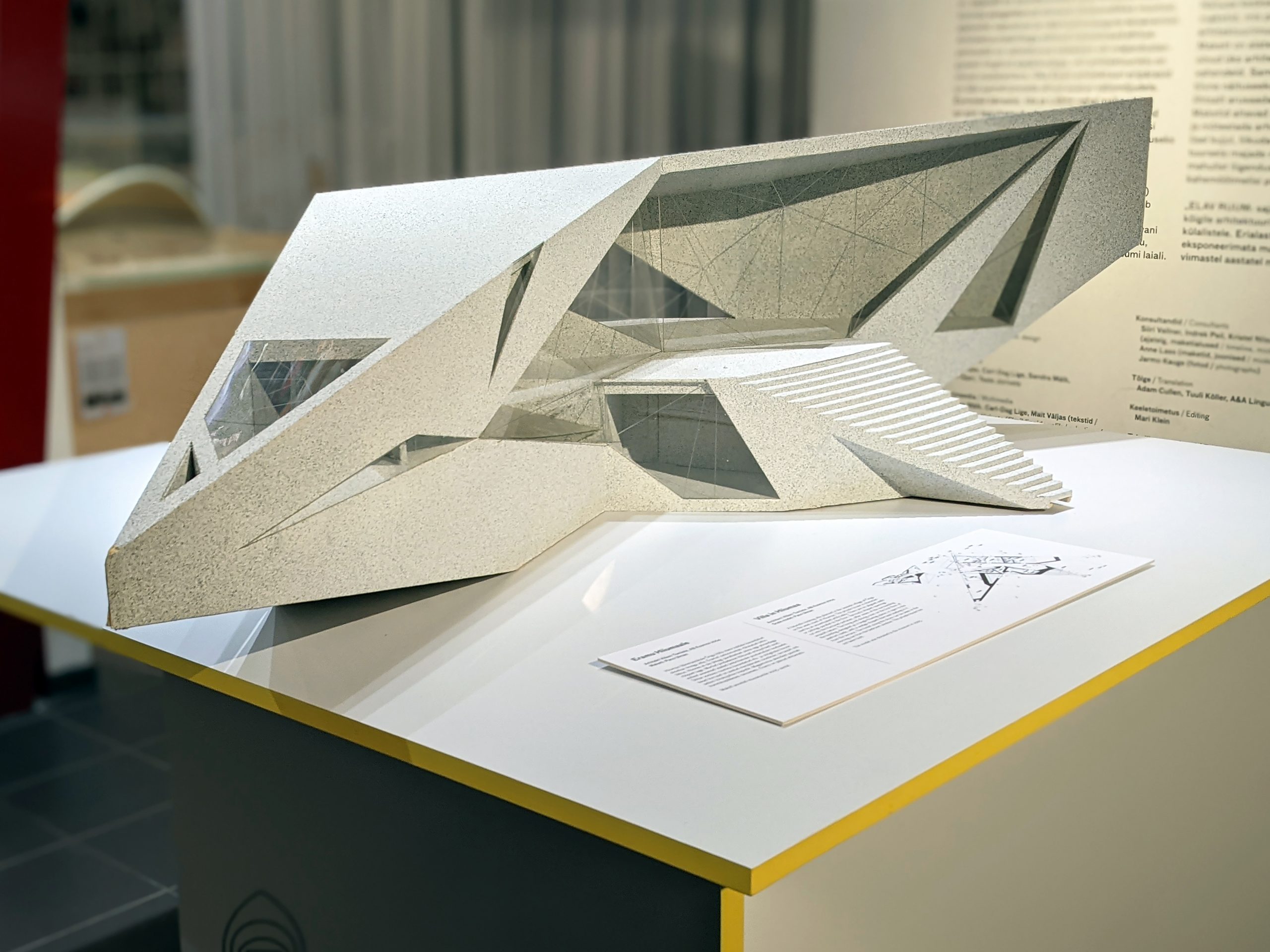 A futuristic-looking villa planned in the seaside village of Õngu on the west coast of Hiiumaa. The private house is characterised by an accentuated artificiality. There are no aligned walls or ceilings parallel to the floor. Variously shaped openings cut into the fractured surfaces, offer views of the surrounding unspoilt nature. The living and dining room on the second floor of the building, designed as a single flowing space, is open to the seafront reeds, with a wedge-shaped staircase leading to it from the terrace. This private house has not been built. The model was donated to the museum in 2005. Text: Anne Lass 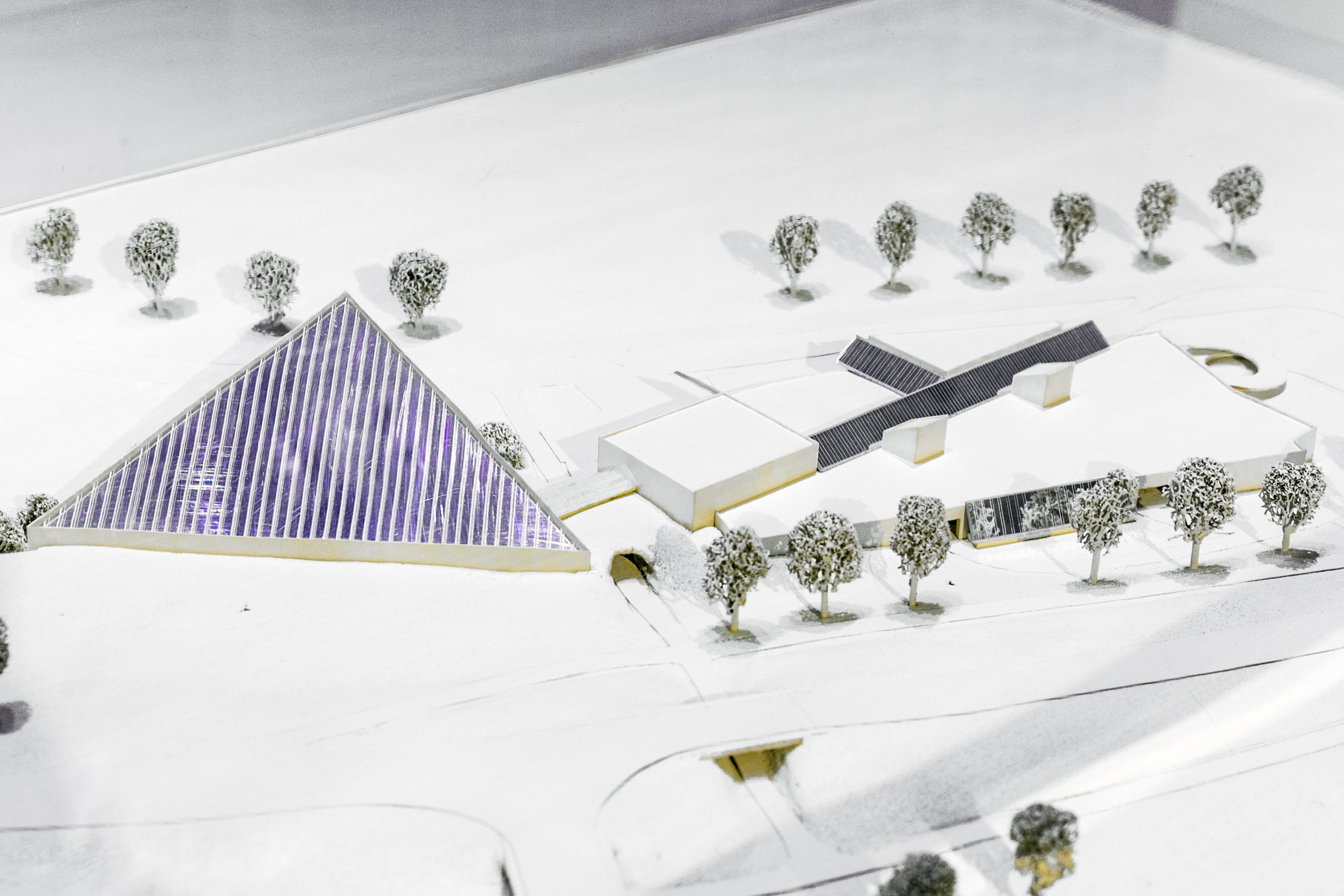 In 1990, Rovaniemi County organised a competition for the construction of a shopping centre and hotel complex in Rovaniemi opposite the Arktikum Science Centre across the Ounasjoki River. The centre was intended to house the county government, a hotel, shopping centre and market. The Arctic Circle and Santa Claus Village, a couple of kilometres away, were going to be marked with a special gateway. Architecture firms from Rovaniemi, Oulu and Kemi were invited to participate in the competition. The competition was won by architect Mai Šein, representing the Finnish architectural firm Poskiparta OY. Mai Šein: “I associate Lapland with mountains, so I made a large pyramid-shaped hotel and for the gate I planned a giant openwork globe, positioned above the driveway. The two polar circles were marked; the Antarctic Circle was a footpath for walking along, and the city of Rovaniemi was marked on the Arctic Circle. The adjacent area was an empty site and the participants had to make suggestions about how it could be used. I designed a square building and called it the Nabatorium. A granite wall divided the building diagonally in two – on one side was the South Pole with penguins, on the other the North Pole with polar bears.” Due to an economic downturn, the complex was never built. Mai Šein donated the model to the Estonian Museum of Architecture in 2019. Text: Anne Lass 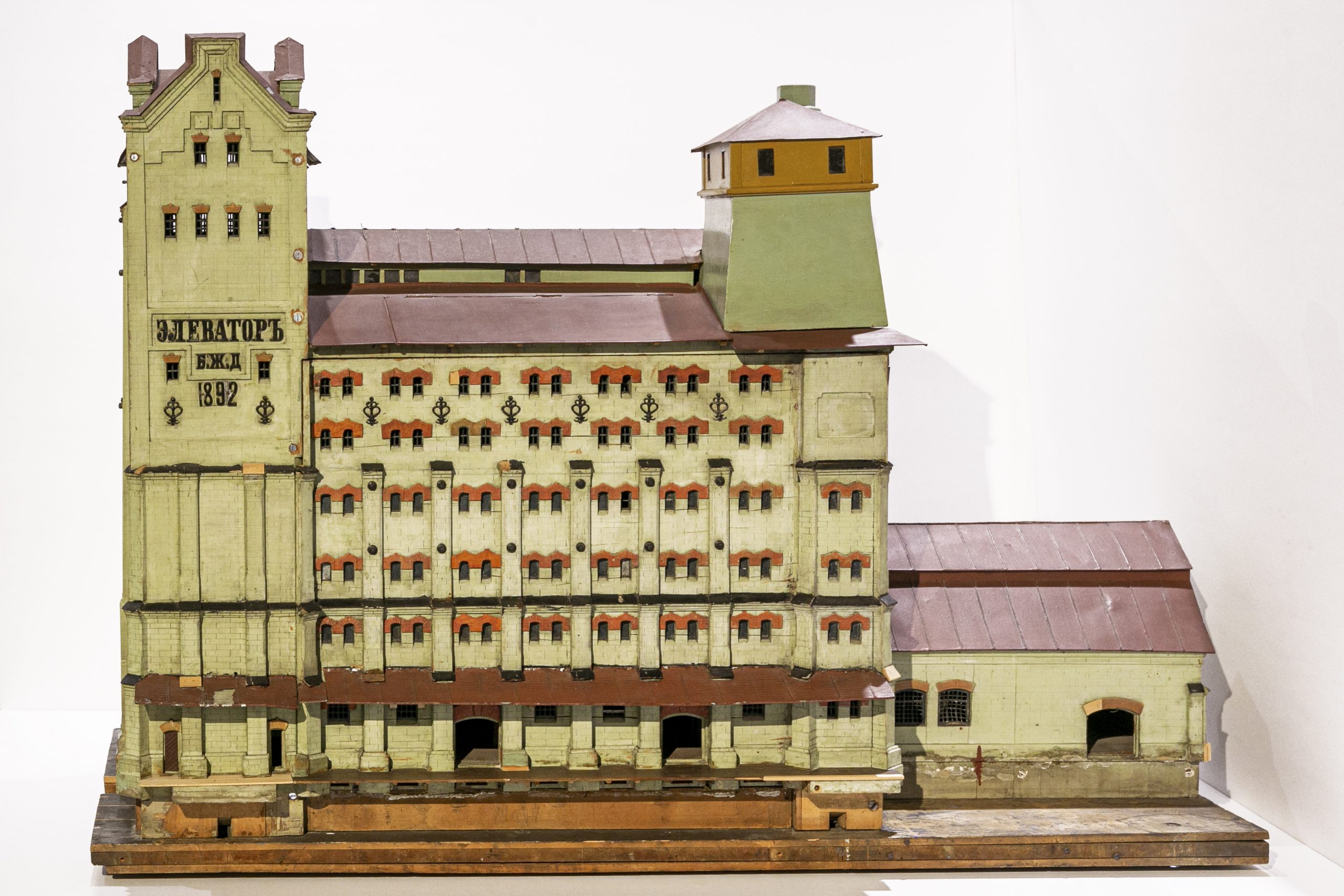 In 1893, a huge 6-storey limestone grain elevator with a 30-metre tower was completed on Viktoria quay at the harbour in Tallinn. At the time it was one of the largest and most modern in tsarist Russia, holding more than 3,000 tons of grain that could be mechanically loaded directly from wagons to ships. The elevator was designed by architect and academic Anton Klevchshinsky and engineer Feodor Yenakiyev, both from St Petersburg. A model of the building was completed in 1899 and was shown a year later at the 1900 Paris Exposition. The model is extremely detailed, there are various mechanisms in the interior that were originally able to move. The scale model’s journey to the Museum of Estonian Architecture has been a long one. After the exposition in Paris it was given to the Museum of the Ministry of Transport in St Petersburg. In 1971, the model came to Estonia and for 30 years was on display at the Railway Museum in the main building of Baltic Station. From there it found its way to the Estonian History Museum which, in 2000, donated the model to the Estonian Museum of Architecture. The model was restored by Kanut restorers. Text: Anne Lass