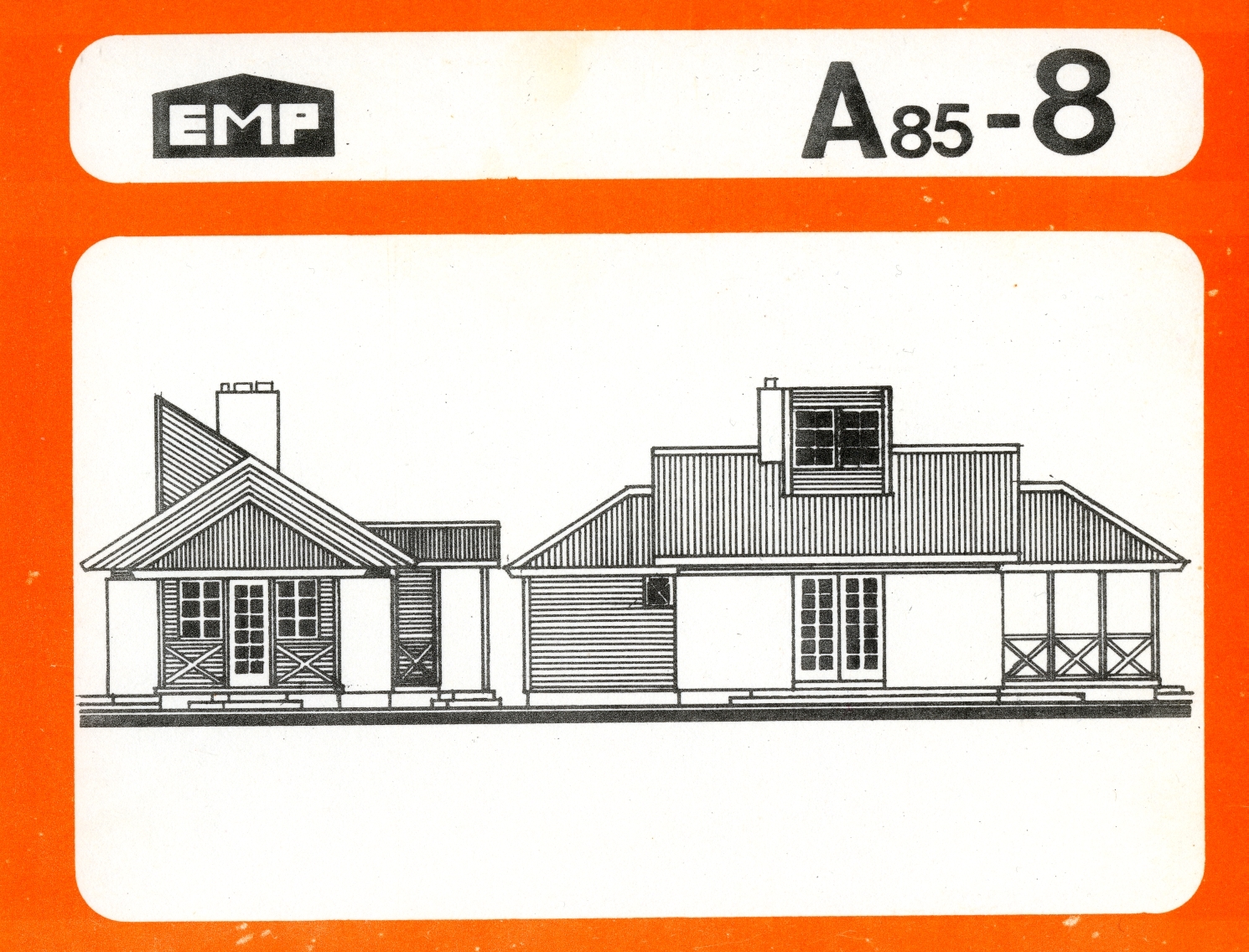 Like previously introduced “EKE Projekt” the design institute “Eesti Maaehitusprojekt” (EMP, Estonian Rural Design) also prepared plans for rural settings, starting from 1951. Designs for this widespread bureau included dwellings alongside with greenhouses and sheds. A summer cottage with a shed and a greenhouse named “A85-8” by architects Ado and Niina Eigi was part of a larger collection from series “A-85” by various architects. This 25,5 m2 building with rectangular layout came with a storage-attached greenhouse. It consists mostly of a kitchen and a living room with sleeping area. There is also a small bedroom on the upper floor below the narrow angled roof. A possibilty is offered to build either a veranda or a terrace on the shorter side of the house. Family dwelling “Puravik” (named after Boletus mushrooms) from the same period was designed by architect Priit Kaljapulk in 1989. It has a fully built basement and consists of six rooms for living, in addition of such spaces as pantry and sauna. Other models designed at the same time were named in a similarly interesting style such as “Bruce”, “No-Spa” and “Programm”. The museum has collection of over 20 leaflets made for “EMP”. Text: Maria Pöppönen 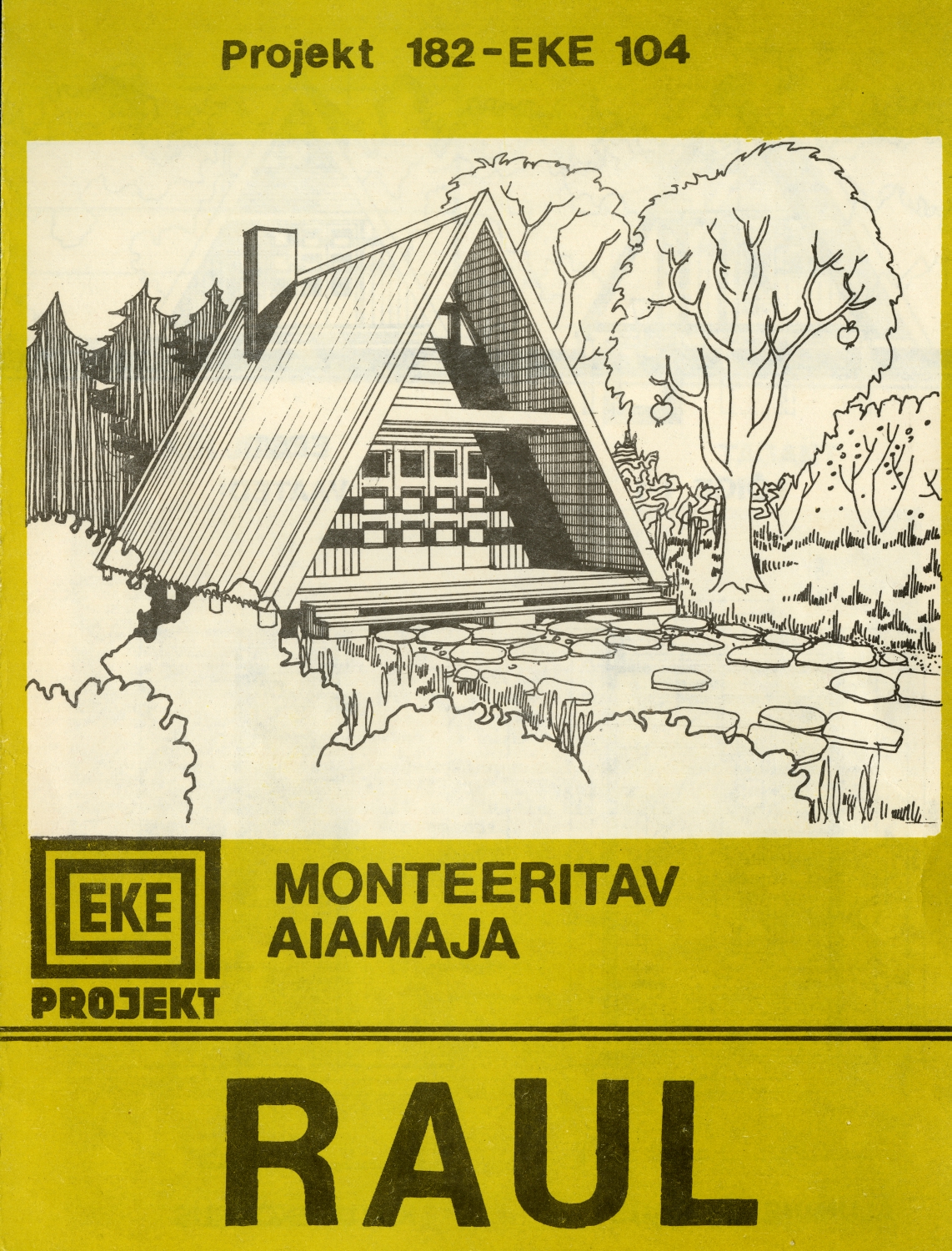 The “EKE Projekt” was founded by inter-collective-farm construction company in 1966; it was based on co-operative ownership that lasted for 1992. The bureau was focused on rural architecture. Here on four hand-outs are some of the buildings designed by “EKE Projekt” to help homeowners and cooperatives pick a house. The project’s plans varied – from dwellings to shops and root cellars.
One of the main ideas of the prefabricated cabin Raul was to be easily built (engineer Rein Randväli). Known for its triangular structure, this small building had two levels: lower of which included living room, kitchenette and a toilet, and a small loft as the second floor. The family house and shop Raja-3 (architect Ants Mellik) had two functions combined. On the plan, the shop – along with the kitchen, family room, and garage – were situated on the ground floor, whereas the basement was used for storage space, sauna and utility rooms and the upper floor for bedrooms. Standard project for the one-family dwelling Ants-5 with five rooms comes from a rather popular series in the 1980s (designed by Ants Mellik). The façade of the house was covered by a combination of silicate and wooden lining. Ants-5 had various models, which differed – for example – by the structures of their basements. The vegetable cellar for one-family building (Toomas Lukk, Ants Mellik and Jaan Mõttus) was designed to be partially underground. This cement built cellar came in five variable sizes, smaller models meant for families to use and larger to store root vegetables also for sale. The roof could be covered with humus soil or grass. There are about 100 of these hand-outs of designs made in “EKE Projekt” in the museum collection. Text: Maria Pöppönen