The house located in Merivälja district in Tallinn was acquired by the Association of Journalists in the 1960s and soon transformed into the institution’s holiday home. A thorough design for the garden of the house was needed to organise bigger events. It was commissioned from the renowned landscape architect Vaike Parker. The sketch depicts architect’s first thoughts before drawing up a complete design – these thoughts have been sketched on delicate tracing paper using a soft pencil. Listed are the objects that complement the landscaping details, e.g. a water canal, a deck chair and a screen. In 2010, Vaike Parker 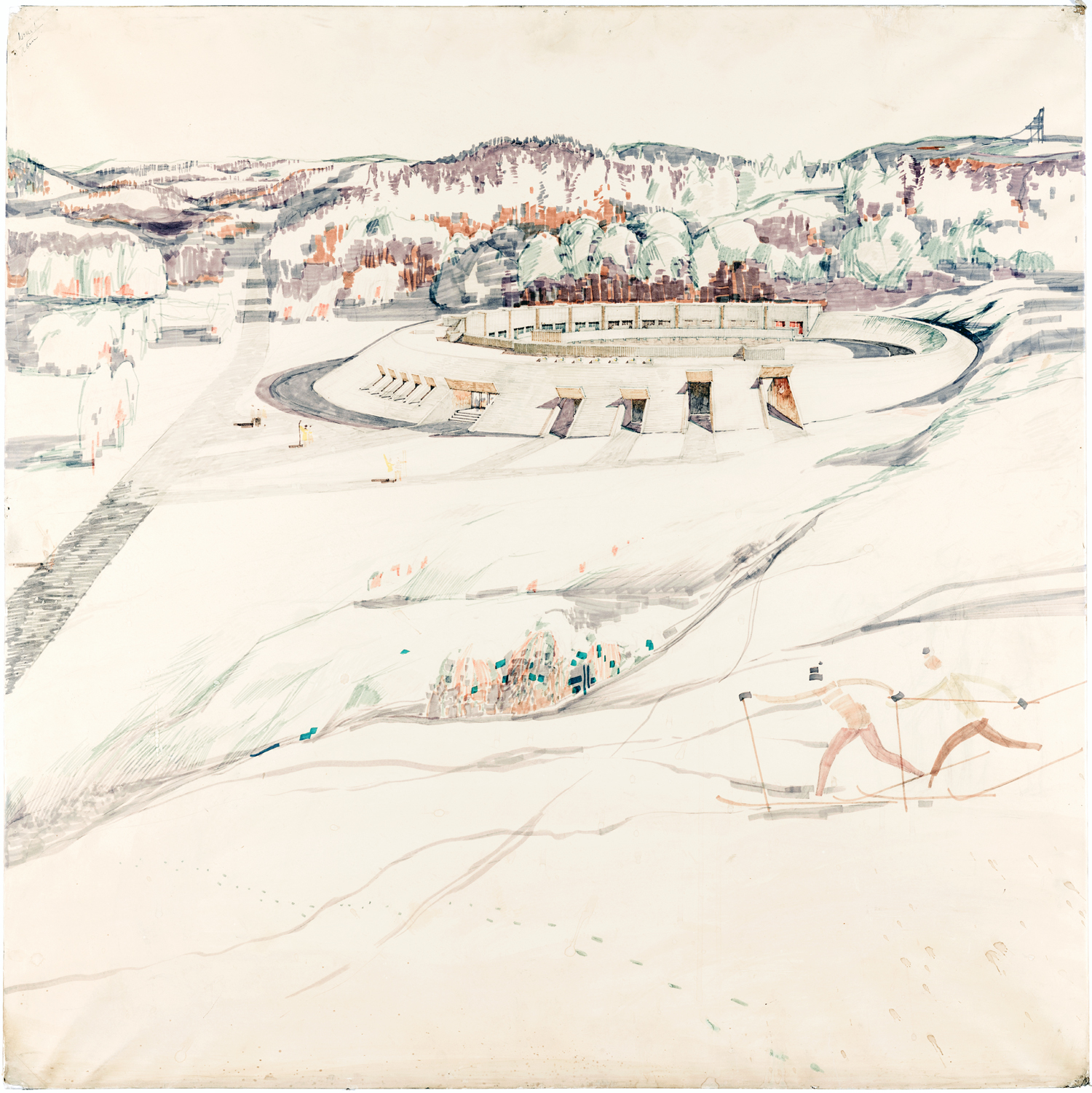 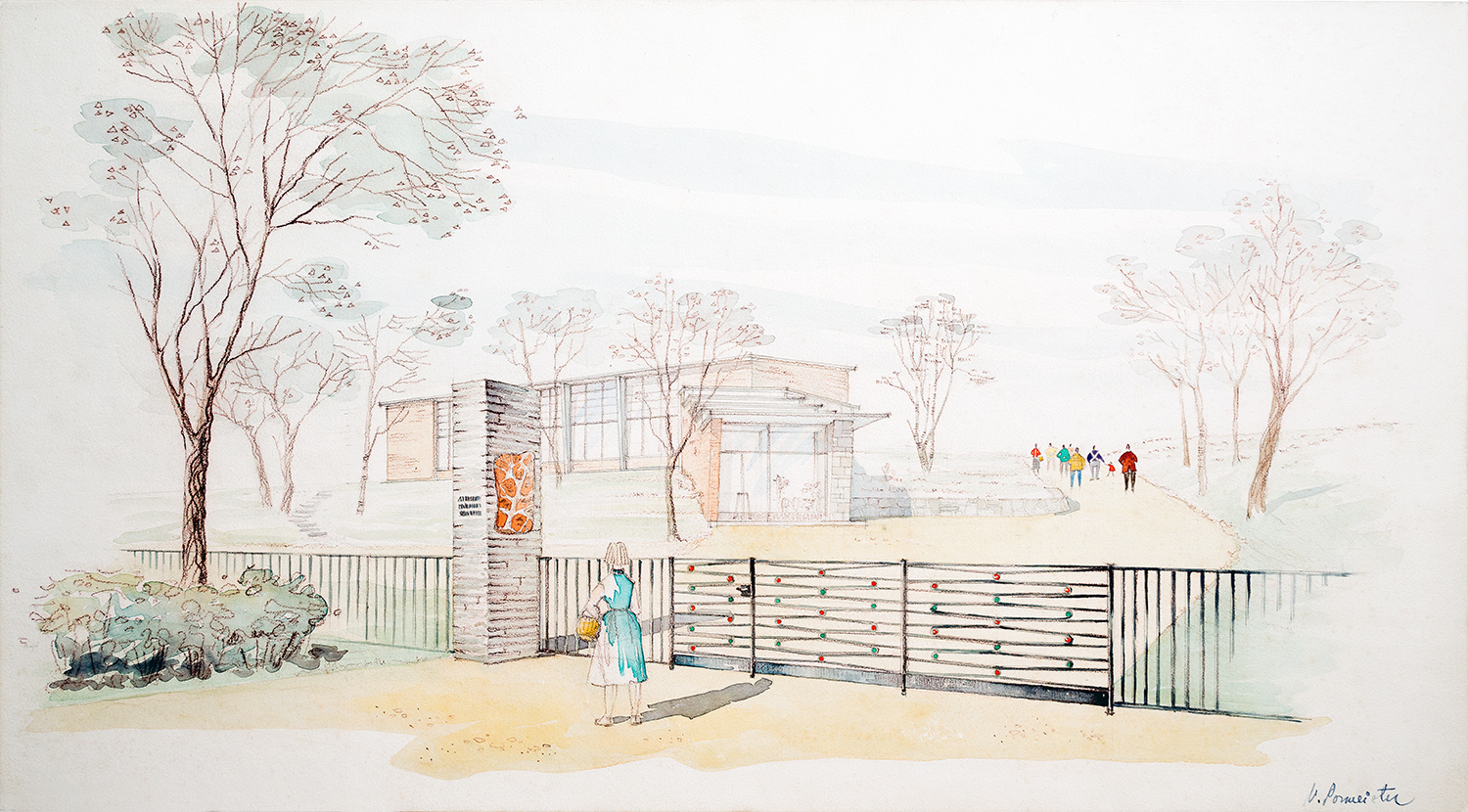 Architect Valve Pormeister, who graduated university in garden- and park design, claimed that nature was an intrinsic component of her, which was why she often put landscape first in her works. The Flower Pavilion melts into the landscape with a sensitivity characteristic of the architect’s signature. In addition to organic architecture, the building, which step-by-step ascends a hillside, also represents Finnish-influenced cornice architecture. This approach was rare and reviving (i.e. Nordic) in Soviet Estonian society at the time, as the rigidity of the early 1950s still echoed. The detail-rich interior sketches demonstrate the architect’s great enthusiasm for designing flower exhibitions – an activity she also practiced afterward. Text: Sandra Mälk