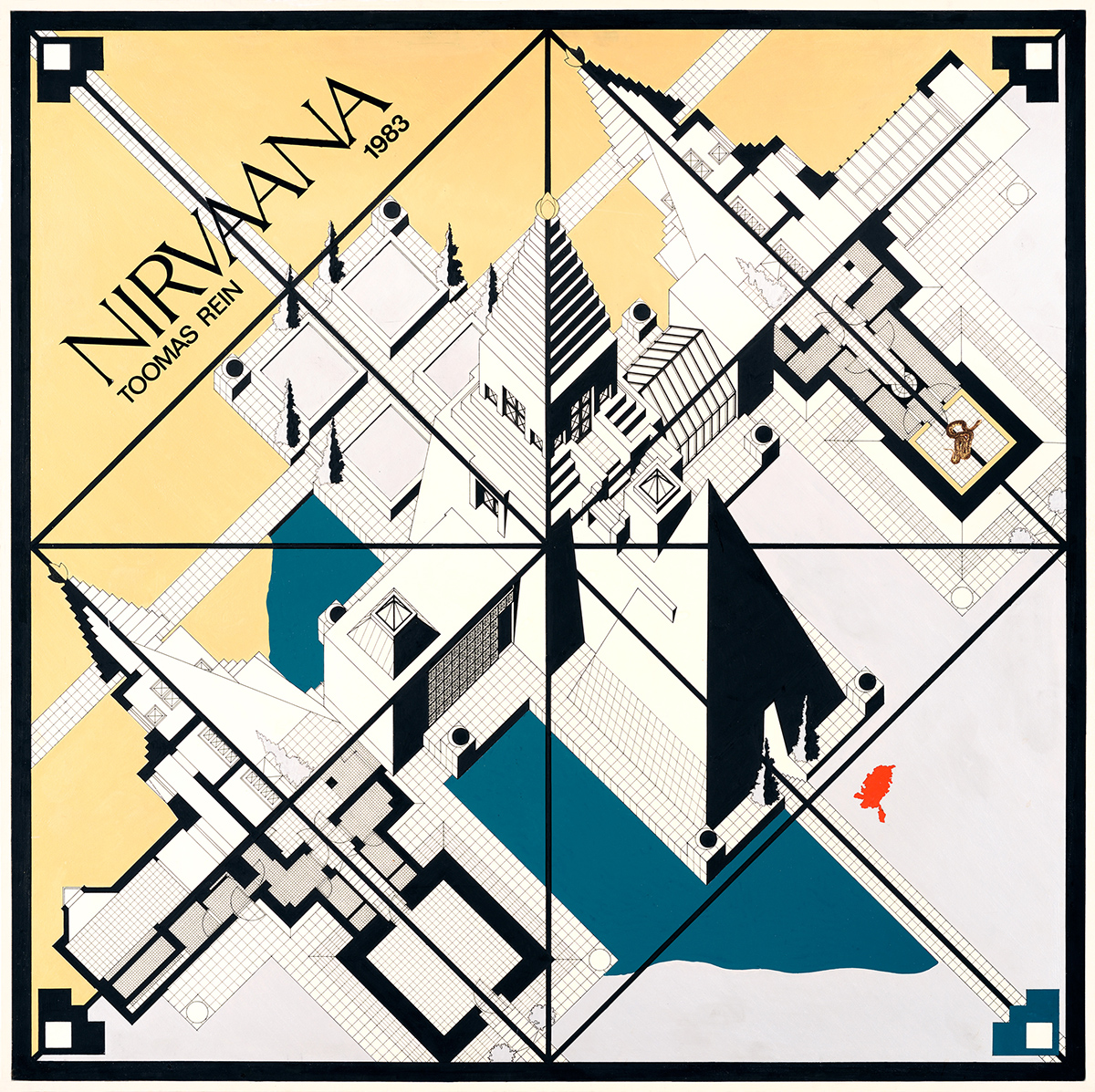 The house was designed for folk healer Vigala Sass in Saaremaa and contains a number of spiritual symbols. The client wanted to make it a refuge for supernatural powers. The leading motif of the room plan is founded on the four astrological main elements and the golden ratio. Rein has emphasised the artistic value of the work: axonometry is complemented by other ways of depiction in architecture; sections, plans and views are added from the corners on two sides of the house. Such architecture graphics can be seen as a desire to step away from the common official design practice and to take the role of architectural drawings to another level. The art piece was donated to the museum by Toomas Rein along with his other works from the 1980–1990s. Text: Sandra Mälk 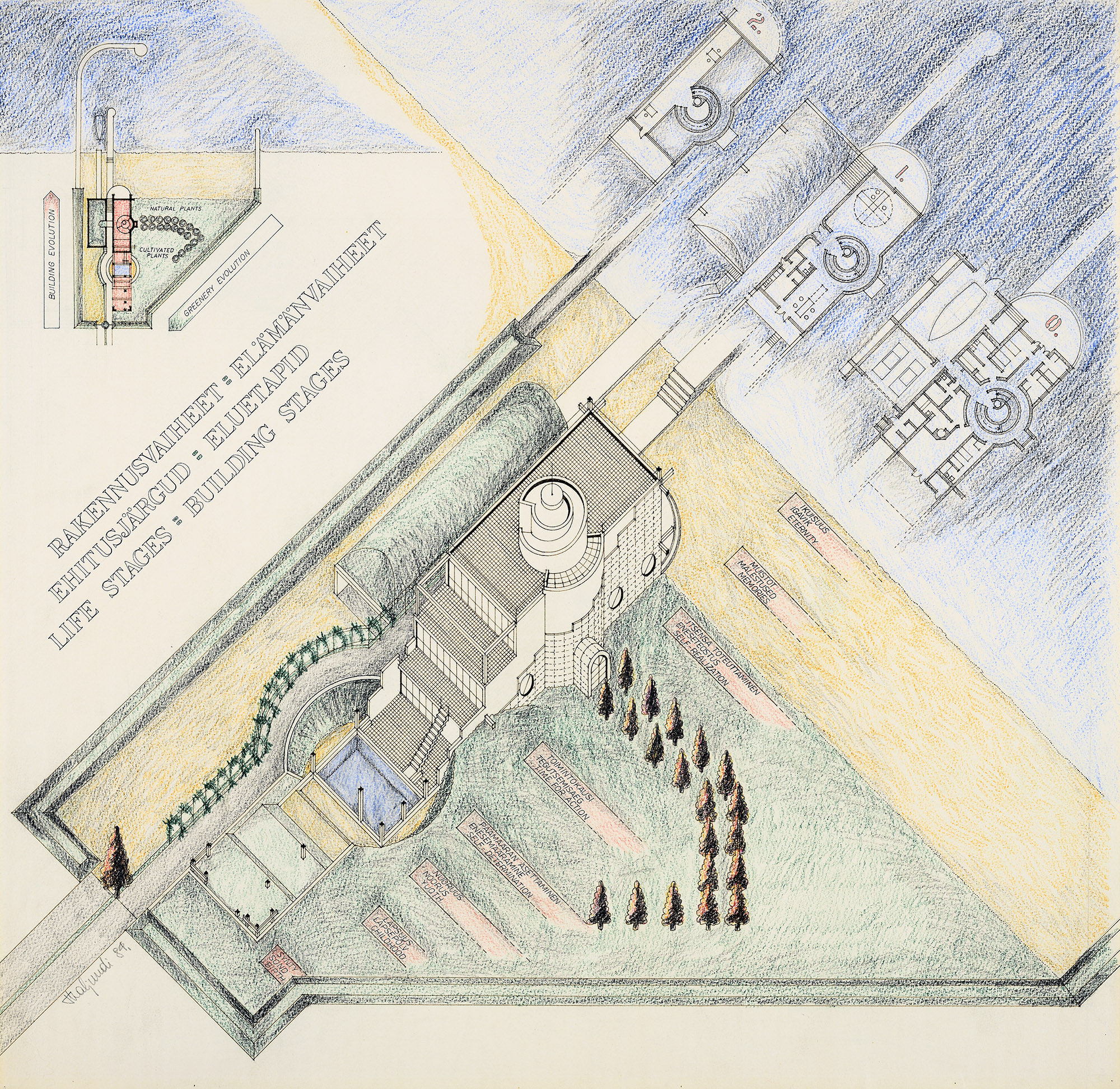