Competition entry for the Arctic Centre in Rovaniemi 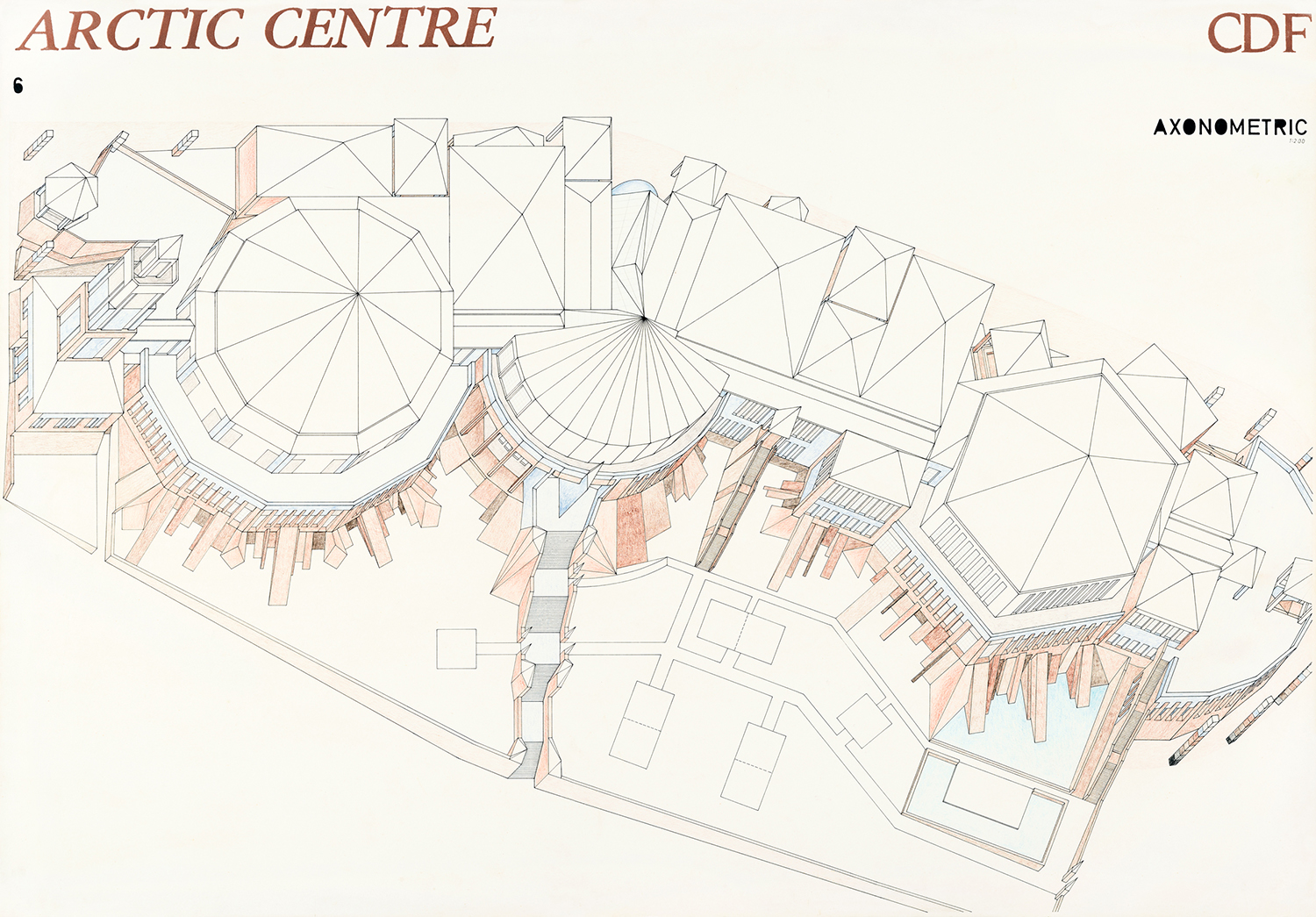 Eight countries in the northern hemisphere, including the Soviet Union with three entries from Estonia, took part in the international architectural competition the purpose of which was to introduce Arctic nature, history and culture. The designers for the entry “CDF” drew inspiration from Caspar David Friedrich’s painting The Sea of Ice. The shape of the building, which houses two different museums – the Arctic Museum and the Provincial Museum of Lapland – bears direct resemblance to ridged ice. The idea of being dominated by Nordic nature is further emphasised by the complex being situated on the steep riverbank that follows the natural relief of the plot. Nine large-format drawings altogether with the axonometric projection shown here were brought to the museum by the authors in 2008. Text: Sandra Mälk 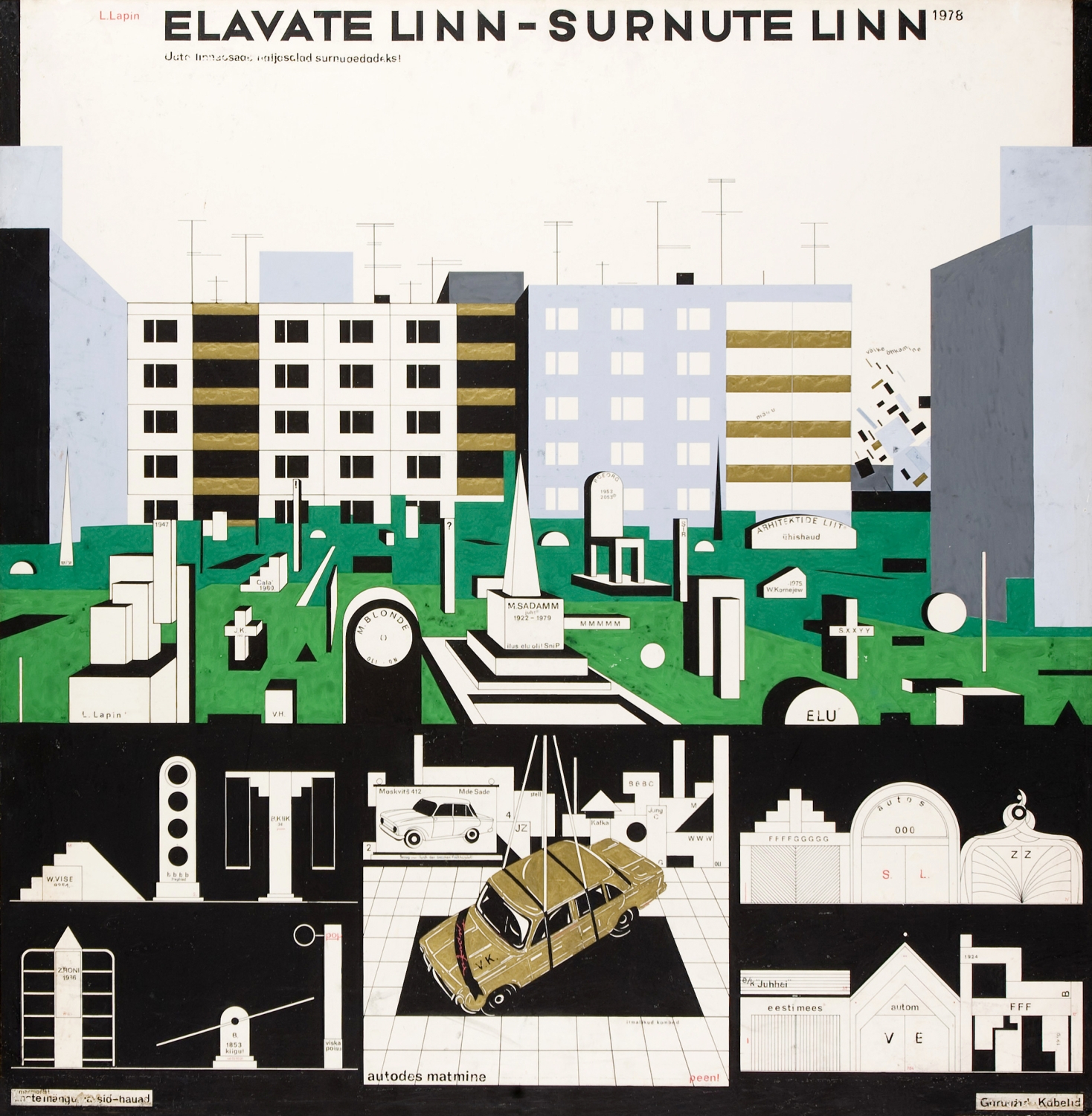