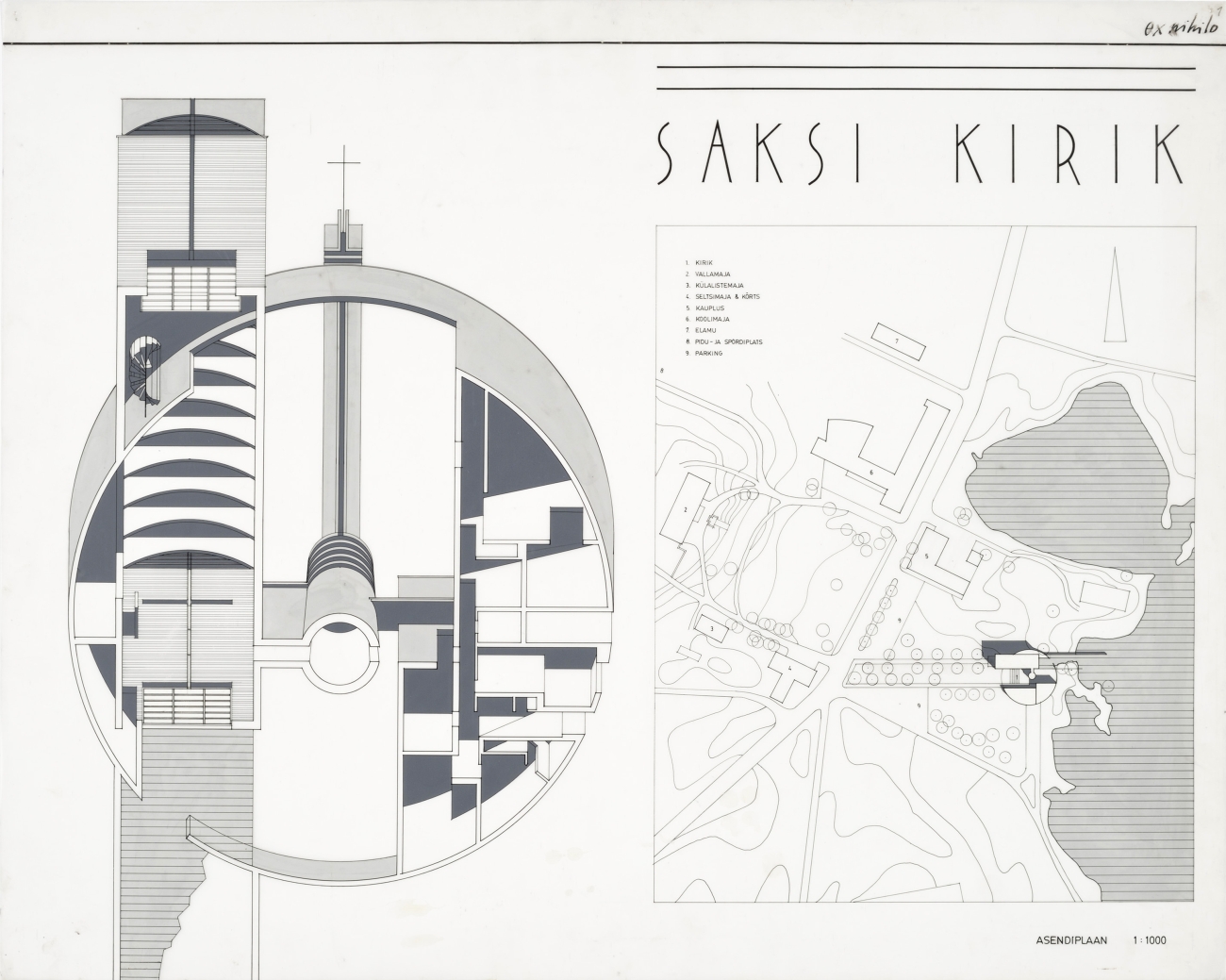 New Estonian church architecture awakened from its long coma during the late 1980s. The more liberal atmosphere of perestroika opened up a new time of opportunity for sacral architecture. The design competition for a new Lutheran church on the shore of a lake in Lääne-Viru County was one of the first of its kind. The competition jury, composed of architects from Finland, Sweden, and Estonia, commended Emil Urbel’s winning entry for its flawlessly-proportioned façade and successful immersion into the landscape. Although post-modernism that flirted with motifs of historical architecture was dominant in the late 1980s, the jury preferred Urbel’s more universal and minimalist approach. Nonetheless, the building wasn’t realised. Emil Urbel donated the drawings “Ex nihilo” to the museum in 1993. Text: Sandra Mälk