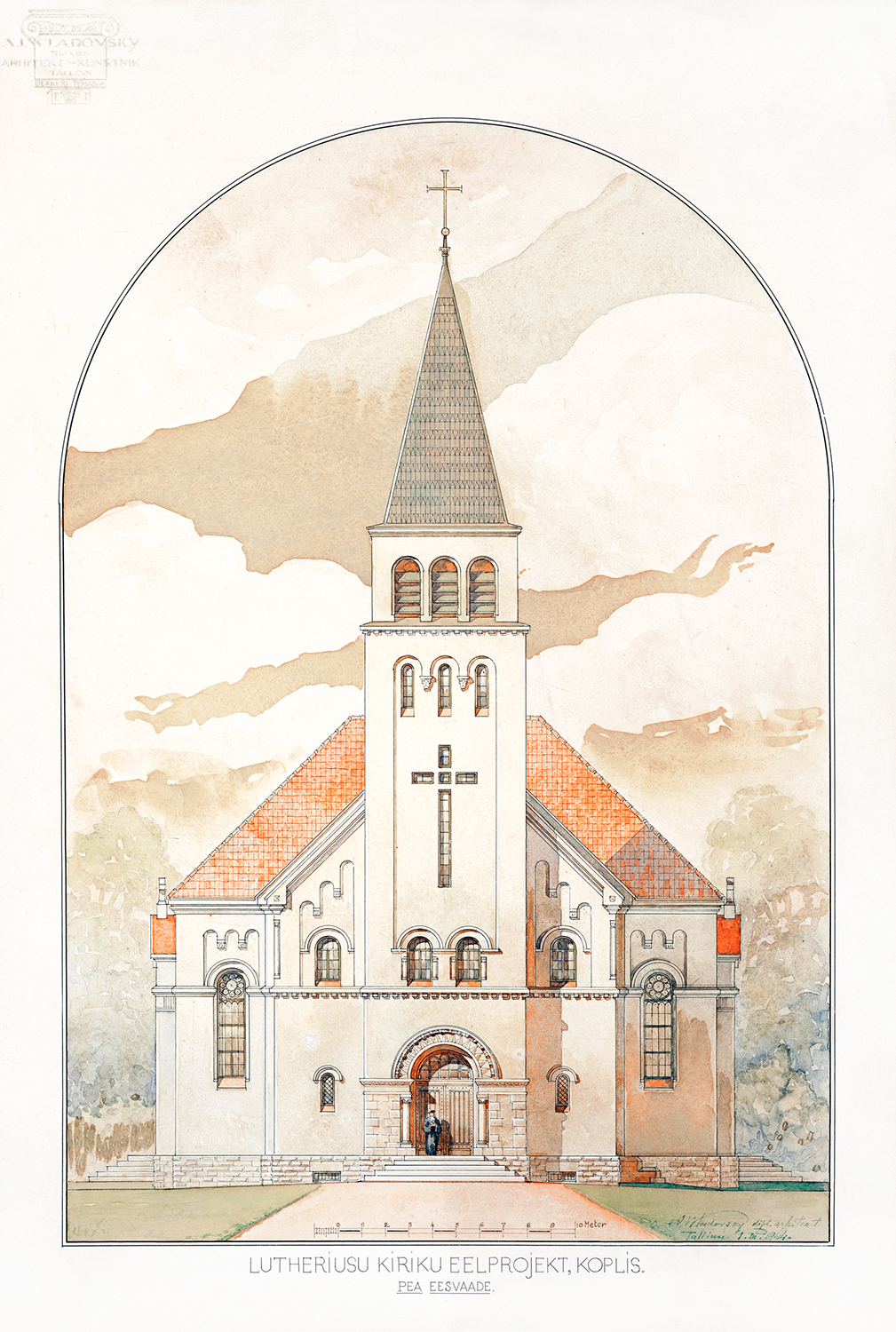 This church is a special milestone in church architecture, as one of the last designed sacral buildings before the Soviet occupation in 1944, which denied religion on an ideological basis. The construction of the Lutheran church was planned in the Bekker settlement in the late 1930s, when the congregation rooms proved to be too small for the expanding Kopli industrial settlement. Back then the area plan for the entire city district needed to be prepared before the church building could be designed. The location of the church was to be close to the Kopli Cemetery, on the edge of a new garden suburb. The preliminary project in watercolours was donated to the museum in 2012 by Hilja Väravas. Text: Sandra Mälk


Fireplace in the architect’s house in Tallinn 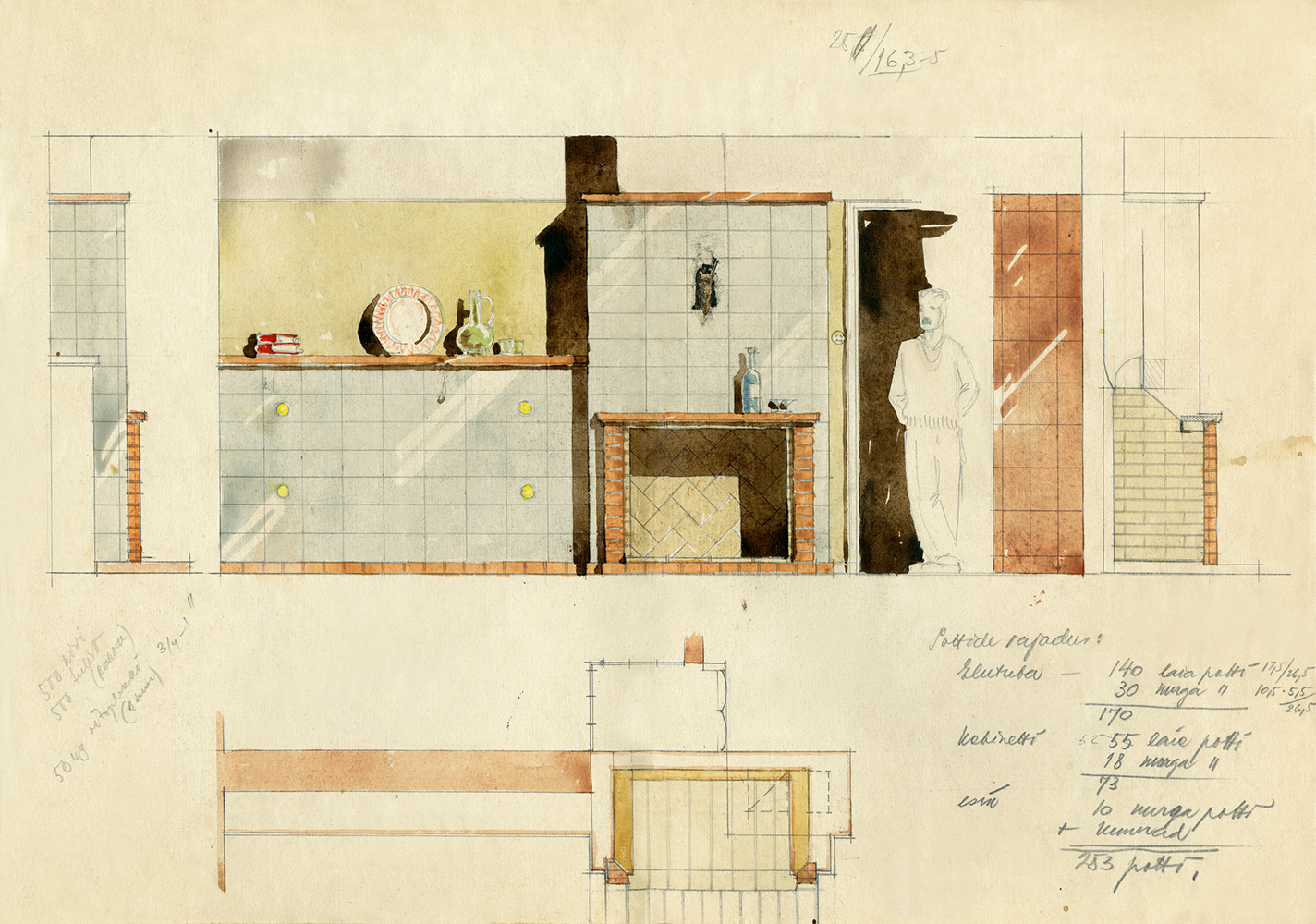 Several designs of Peeter Tarvas’s cosy fireplace, in his house under construction in Maarjamäe, have been preserved. On this drawing the architect has depicted the fire chamber in the front view and from the sides, providing its cross-section from above in the bottom part of the drawing. The edges of the drawing show calculations about the number of tiles needed, revealing how many tiles are required for the living room, the hall and the private office. The architect has drawn himself standing next to the fireplace for scale. The watercoloured drawing holds now a place in Peeter Tarvas’s personal collection in the museum. The work was donated by Maria Tarvas in 2006. Text: Sandra Mälk