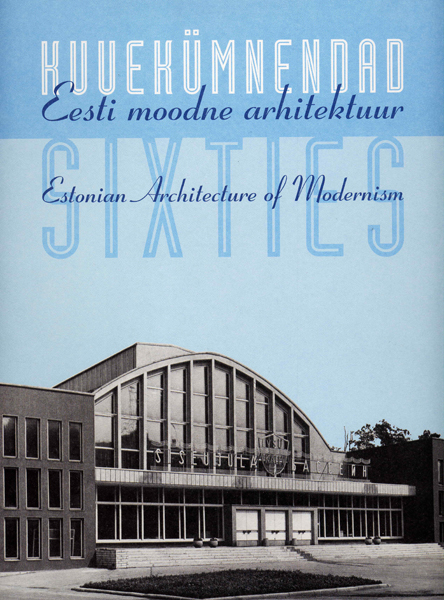 The large-format catalogue published by the Museum of Estonian Architecture provides a portrait of architecture in Estonia during the 1960s. The Song Stage and Flower Pavilion, Writer’s House and Pegasus Café, the TV House, Compilers’ House, Estonian Academy of Sciences Library, cafés “Merepiiga”, “Kadriorg”, and “Kaunas”, as well as the legendary “Brave Men’s Bar” in Tallinn – these are merely a few examples of the modern structures of the time, with which a new level of quality entered the Estonian architectural scene. Projects that were never realised have been added to the collection, including a competition entry for developing Harju St that dates to 1969. Historical photos show the period’s modern structures in ways that we no longer see today: many have already been demolished, and a number of others spoiled with later reconstructions.