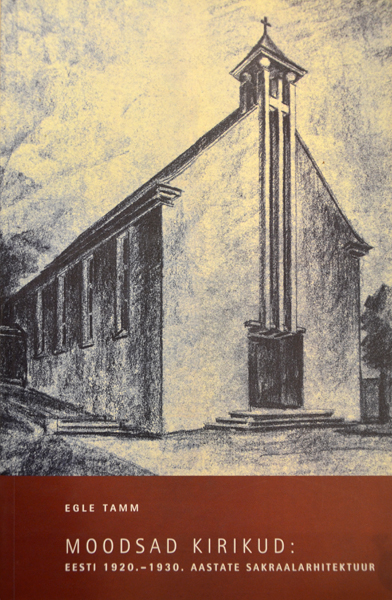 In order to acquaint the churches erected during Estonia’s first period of independence, the Museum of Estonian Architecture organised from November 2001 through February 2002 an exhibition titled “Modern Churches: Sacred Estonian Architecture during the 1920s–1930s) at the Rotermann Salt Storage. The exhibition was prepared by art researcher Egle Tamm, who has also written a master’s thesis on the topic. The exhibition catalogue provides an extensive overview of the typology and stylistics of sacred modernist Estonian architecture, as well as of the influences of German and Finnish building arts. The work also includes annotations on all churches and chapels built in Estonia during the period 1918–1940.

The publication is printed in Estonian with an English-language résumé.