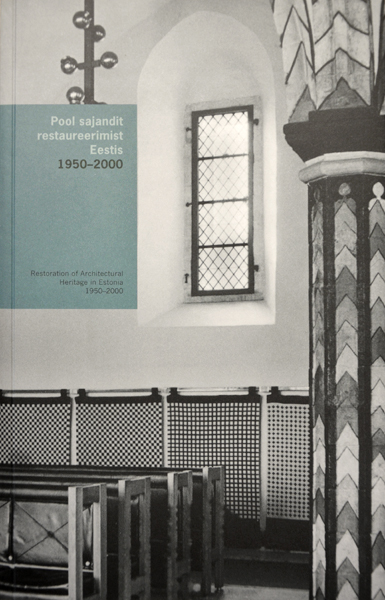 The catalogue for the exhibition “Half a Century of Restoration in Estonia. 1950–2000” acquaints the cream of the crop of architectural monuments restored in Estonia during the second half of the 20th century. The catalogue’s introduction gives an overview of the more significant events that shaped the period’s restoration landscape. Penning the introduction was architect Fredi Tomps, who led Estonia’s heritage protection for decades. The catalogue texts are presented side-by-side both in Estonian and English.