FACE-TO-FACE: The Story of the Baltic Exchange 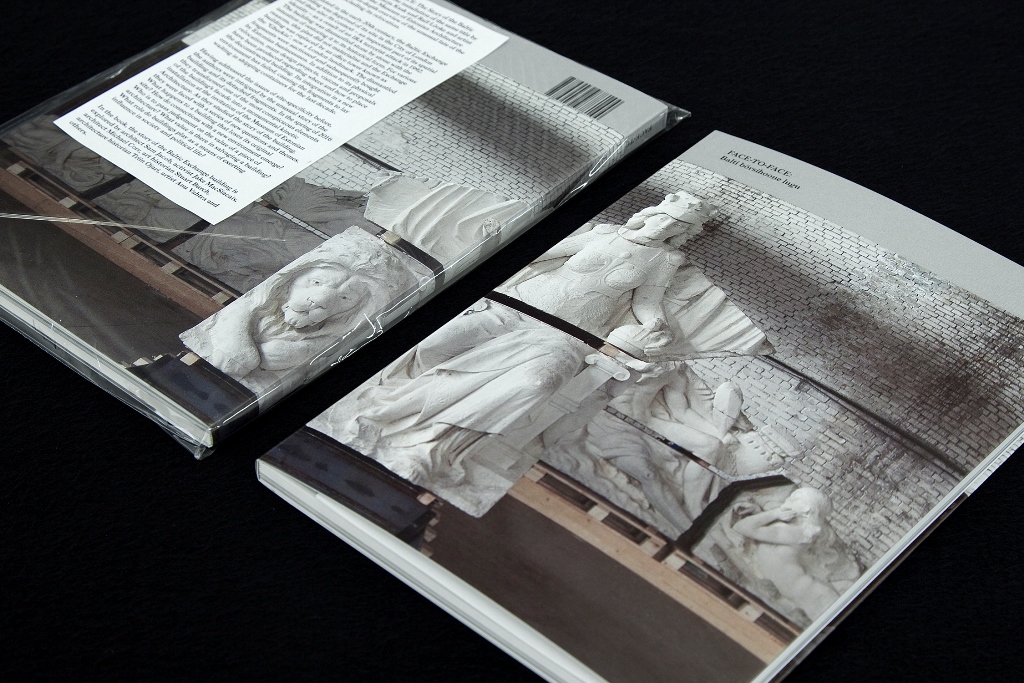 The book “FACE-TO-FACE: The Story of the Baltic Exchange” describes the installation of the same title by Salto architects Maarja Kask and Ralf Lõoke and artist Neeme Külm at the Museum of Estonian Architecture and offers an in-depth overview of the unusual fate of the building, including its relocation.

Completed in the early 20th century, the Baltic Exchange building was deprived of its site in the City of London and thus also its context – an important part of its spatial identity – as a result of an IRA terrorist attack in 1992. The building was dismantled stone by stone with the intention of restoring it to its historical form. For various reasons, this plan did not materialise and the Exchange building was replaced by an office tower known as the “Gherkin”, now a London landmark. The dismantled fragments were auctioned and subsequently bought by Estonian businessmen. In addition to its physical relocation, many design projects, visions and proposals have been produced regarding where and how to place the deconstructed building. Its integration in a new environment has failed, causing the fragments to lay waiting in shipping containers for the last decade.

Having addressed the issues of the site-specificity before, the authors were intrigued by the unusual story of the building and its detached fragments. In the spring of 2016 they transformed one of the most conspicuous elements of the building’s façade into a monumental kinetic installation at the invitation of the Museum of Estonian Architecture. As they studied the story of the building, they were faced with a series of new questions and themes. What happens to a building that loses its original site? How do connections with a new environment emerge? Who is to pass judgement on the value of a piece of architecture? What value is there in salvaging a building? What role do buildings play as a means of exerting influence in society and political life?

Publishing of this book was supported by the Cultural Endowment of Estonia.