20 Years of Building in Estonia 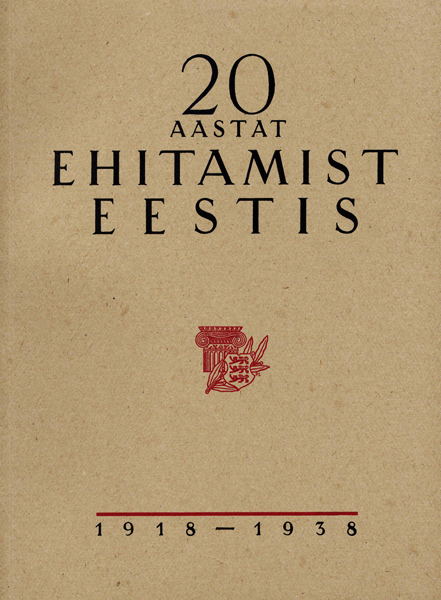 The legendary book “20 Years of Building in Estonia. 1918–1938”, which was published in early 1939, was banned during the Soviet period and restricted to private funds. One may assume that the reason for this was not only the obviously tri-coloured flags on some buildings and Konstantin Päts’ state structures, but also the overall image of the “bourgeois era of the Estonian Republic” – as vilified during the Soviet period – that the book develops. It was too beautiful. The level of architecture and building-culture visible in the pictures formed too great a contrast with the monotone Soviet architecture, as well as the everyday culture that had slipped away.

Nevertheless, the work spread quietly from hand to hand and copies were made, although as of today, it has even disappeared from antique stores.

Now, the Museum of Estonian Architecture has published the collection once again. The names of architects and data on structures has been specified, and information on the current status of preserved structures as well as lists of individual- and place names have been added.

The book’s selection of historical photographs has been a basis for familiarising with the architecture of the first Estonian Republic, as well as in developing a “gold fund” of such structures. However, many of these buildings have been destroyed by today, and a number are currently deteriorating. The aim of re-publishing the album was to reinvigorate interest in the architecture of Estonia under the rule of President Konstantin Päts, as well as to direct attention to our responsibility to preserve it.