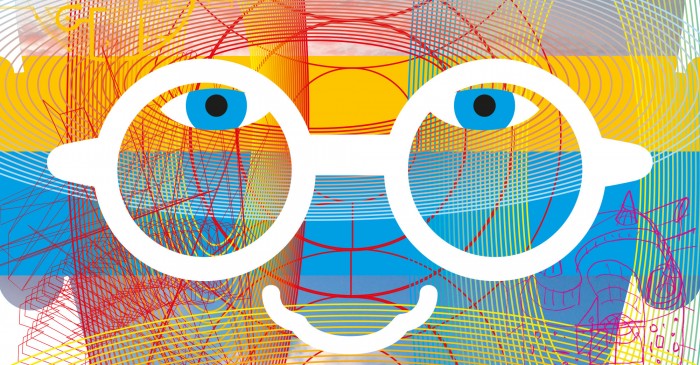 Vilen Künnapu (b. 1948) is a living classic of Estonian architecture, without whom it is impossible to imagine local architecture and its recent history. Künnapu is still active as an artist, which is why it is problematic to provide a sufficient retrospective of his life’s work. Künnapu’s so-called spiritual awakening in the early 2000s significantly influenced his views on his work, which made him re-evaluate his earlier projects as well as revive numerous motifs of his early pieces. Another important aspect in Künnapu’s later creations is his passion for painting, which emerged about a decade ago thanks to his son August Künnapu. The colours and shapes discovered have carried over to architecture and become the basis for relatively eccentric projects in Estonian architecture.

The exhibition in the Museum of Estonian Architecture aims to describe the synthesis of various influences in Künnapu’s work and compare it to his earlier projects, which without doubt belong among the classics of Estonian architecture history. The emphasis of the exhibition is not on architecture; rather it is Künnapu’s drawings, collages and paintings, which enable the viewer to understand the change in his recent architectural projects. Several new works and smaller architectons will be exhibited, the central piece will be an installation Red Stupa. The exhibition also features a short film The Silent Revolution by Jürgen-Kristoffer Korstnik.

The exhibition is accompanied by a book Vilen Künnapu. Art, Architecture, Revolution, published by the Museum of Estonian Architecture. The book features a foreword by Veljo Kaasik and introduction by Indrek Grigor. Künnapu’s own thoughts are expressed in an interview with Sven-Erik Stamberg and Künnapu’s cult creator’s image is unravelled by St. Petersburg-based architecture critic Ksenia Litvinenko in her article about the so-called Elephant House.

Similarly to the exhibition, the book is not retrospective either. Rather it aims to collect the creative impulses of a master while looking for connections between shapes, texts, drawings, paintings, models, projects and finished buildings.

The exhibition is supported by the Cultural Endowment of Estonia.

Vilen Künnapu was born in 30 June, 1948 in Tallinn, Estonia. He graduated from Tallinn’s 46th Secondary School, after which he studied architecture in the State Art Institute of the Estonian SSR (now known as the Estonian Academy of Arts), graduating in 1971. From 1969-1991 Künnapu worked as an architect in Estonia Kolkhoz Construction Institute (EKE Projekt), and has worked in Künnapu&Padrik architecture bureau since 1991. From 1992-1995 Künnapu was the Head Architect of Tallinn. In addition to a successful career in architecture, he has also participated in numerous art and architecture exhibitions in Estonia and abroad (mainly in Finland, Sweden, UK, United States, Taiwan etc), published several books and exhibition catalogues (Künnapu&Padrik. Collected Works – 1999; Over the Red River. Collected texts from 1972-2001 – 2001; Temples and Towers – 2007; Place. Shape. Energy. Collected texts from 2002-2010 – 2010). In 2001, Künnapu received the Order of the White Star, Fifth Class; he is a member of the Estonian Union of Architects, the Estonian Artist’s Association and a professor at the Tallinn University of Technology.