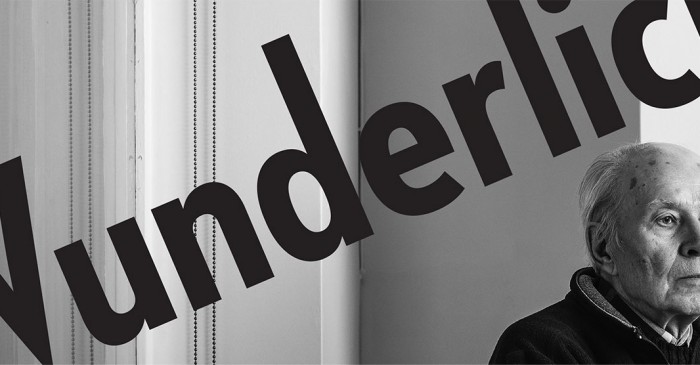 How do you create a welcoming and inspiring space? What makes a space “good”? Is there a particular quality to Estonian space? How should those who design our living environments be educated? What can be learned from interior architects and designers with many years of experience? This exhibition is an attempt to speak about space, its creator, and its user as a coherent whole. At the focal point are 11 Estonian interior architects and designers, who have all graduated from the Estonian Academy of Arts’ (EAA) Department of Interior Architecture at one time or another. The authors endeavoured to establish an active, dramatic, and playful relationship with the history of Estonian interior architecture and its pedagogy; to pinpoint within its many layers the values and knowledge that remain important today. “Expedition Wunderlich” is simultaneously an adventurous journey into the history of Estonian interior architectural education and an intimate meeting with the persons, who created the environments we inhabit. The exhibition is a product of collaboration between the EAA Department of Interior Architecture and the Museum of Estonian Architecture. Current students played a central role in its compilation.

“Expedition Wunderlich” is a symbolic homage to the works and professional activity of Richard Wunderlich (1902–1976). Wunderlich was an interior architect and furniture designer, the first director (1940–1941) of what is now the EAA Department of Interior Architecture, and the first known Estonian interior architect to have acquired a degree in that field – from 1928–1929, he studied interior architecture at the Kölner Werkschulen in Cologne, Germany on a state scholarship. Thus, Wunderlich is a key figure in the development and professionalisation of the field of Estonian interior architecture. He is, in a way, a father of the field in Estonia, even though his direct impact on our contemporary living environment is limited to a mere handful of preserved furniture sets. Probably the most well-known of these is the furniture in the Meeting Hall of the Office of the President of Estonia in Kadriorg (1938).

The Estonian Academy of Arts’ Department of Interior Architecture has functioned since the late 1930s, with some brief interruptions in its activity. Vello Asi has speculated that it was Wunderlich, who initiated the establishment of the field of spatial design at the former Estonian State School of Industry. Over the years, a range of outstanding Estonian architects as well as interior architects have directed the department. After Wunderlich fled to the West in 1944, architect Edgar Johan Kuusik became Director of the Faculty of Spatial Design at what was then the Tallinn State Applied Art Institute (1944-1950). Following him in the post was architect Edgar Velbri (1950-1967, with interruptions), by then officially Head of the State Art Institute of the Estonian SSR’s Faculty of Spatial Design. Interior architects led the department after Velbri: Väino Tamm (1968–1986), Leo Leesaar (1986–1995), Toivo Raidmets (1995–2014) and Hannes Praks (2014–…).

All the individuals spotlit here have acquired as of today a wealth of life- and professional experience. 11 diverse and personal worlds of interior architects emerged during the preparations for the exhibition, which ranges temporally from Bruno Tomberg, who graduated in 1950, to Taso Mähar, who graduated in 1990.

The projects from the architects’ student years – no matter whether they stand as examples of various layers of 1940s–1950s Stalinism or 1960s–1980s Modernism – reflect both the pedagogical principles of the time and broader societal processes. The graduate projects meant to design buildings that were actually getting built are more realistic, balanced, and thoroughly-developed. At the same time, one can observe among the fantasy projects brimming creativity and spatial fantasies that could not have been carried out within the Soviet reality.

The exhibition space’s design is oriented towards the different senses and creates a whole, which one can enter like a time machine. The viewer is drawn into different eras at breath-taking speed – or, on the contrary, with slow sureness. The interior architects’ and designers’ portraits and clips from their speeches create an image of their presence. Moving exhibition stands help personalise the viewing experience of drawings. The exhibition’s limited opening-hours create a concentrated atmosphere– an incredible, dramatic event-space that unfolds here and now.

The web version of the exhibition is available here.

NB! Please note that “Expedition Wunderlich” is open ONLY on Saturdays and Sundays from 12-1pm, i.e. for two hours per week until February 28th.