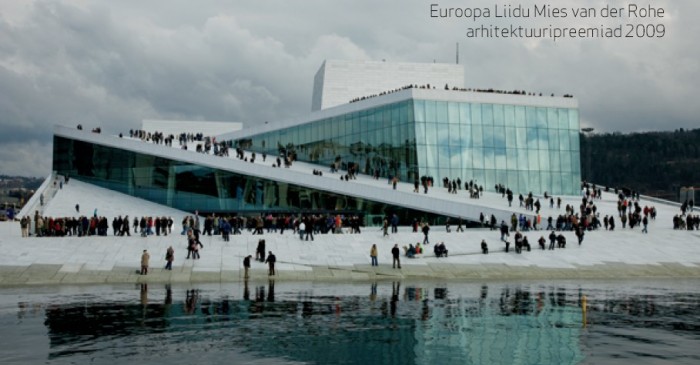 The Prize is a joint initiative of the European Commission and the Fundació Mies van der Rohe. The principal objectives are to recognise and commend excellence in the field of architecture and to draw attention to the important contribution of European professionals in the development of new concepts and technologies. The Prize also sets out to promote the profession by encouraging architects working throughout the entire European Union and by supporting young architects as they set off on their careers.

For each edition, the Jury selects from among nominations submitted by the member associations of the Architects’ Council of Europe and the other European architects’ associations, a group of experts and the Advisory Committee a single work to be granted the Prize and a single work to be granted the Special Mention, both for their excellence in conceptual, technical and constructive terms. The Jury also makes a selection of shorlisted works to be presented in the catalogue and travelling exhibition.

The nominated works are not limited by scale or programme. The selection of the Jury for each edition has included private homes and public housing; museums and cultural installations; educational, health and sports facilities; as well large-scale infrastructure projects and transport systems. The common denominator is that these works all contribute to the construction of the European city. In this sense, the Prize aspires to be a platform for investigation, development and implementation of sustainable architectural practice that promotes the social, cultural and economic benefits of sustainable growth.