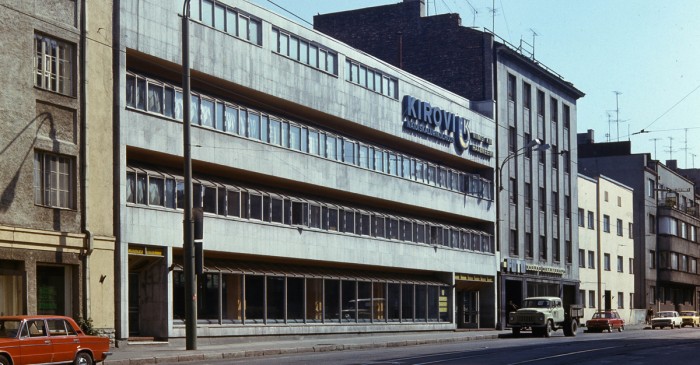 Last year architect Ado Eigi (1938–2008) would have celebrated his 75th birthday. Eigi was a strong personality with distinct and very characteristic architectural production. The overview exhibition in the museum’s basement gallery is intended to celebrate his career as an architect which lasted over 40 years.

After graduating from architecture at the Estonian State Art Institute (1965), Ado Eigi started working at the State Design Institute Eesti Projekt and immediately began to design one of his most famous buildings – the new radio building (completed in 1972, with architect Jüri Jaama), currently under renovation. This exhibition gives a glimpse of Eigi’s activities as an architect, thus emphasising three main themes. The first section, ‘For the People’, gives an overview of public, commercial and industrial buildings which Eigi designed working mainly in the State Design Institute Eesti Projekt and Design Institute Centrosojuzproekt Tallinn Subsidiary (besides the new radio building are worth mentioning the Haapsalu culture house, Tihemetsa shopping centre, bread factories in Võru and Valga etc.). Secondly, the projects and buildings made while working in the design office of S. M. Kirov Model Fishing Kolkhoz (buildings in the Haabneeme central settlement, corporate building at 19 Pärnu Rd. in Tallinn, administration and production centre in Omedu). The Haabneeme kindergarten (1983) made for the super-kolkhoz is one of the best examples of Estonian postmodern architecture. The interior design and the furniture of the kindergarten were implemented in cooperation with Eigi’s wife, the interior architect Niina Eigi. That was the case also with several other projects.

Running through Eigi’s production as a third red thread, is the interest housing architecture including summer cottages, apartment and row houses, but most importantly private houses. To design for the individual and theorising about dwelling culture in general, was one of Eigi’s prime concerns especially in the last two decades of his life, when in 1989 he had established one of the first private architectural offices in the changing social situation.

Eigi’s input in the Estonian architectural scene was not only limited to buildings and projects, but he was also an active architectural critic and writer. Along Ignar Fjuk and Ain Padrik he was one of the editors of the almanac Ehituskunst [Art of Building] in the 1980s. In 1993 he founded the architectural publisher Solness with Enn Rajasaar and Kalle Vellevoog. He was the member of the Union of Estonian Architects since 1969. As vice-chairman of the board, he also spoke in the legendary meeting of the Estonian creative unions in the beginning of April 1988, which became one of the foundation stones for Estonia’s re-independence.