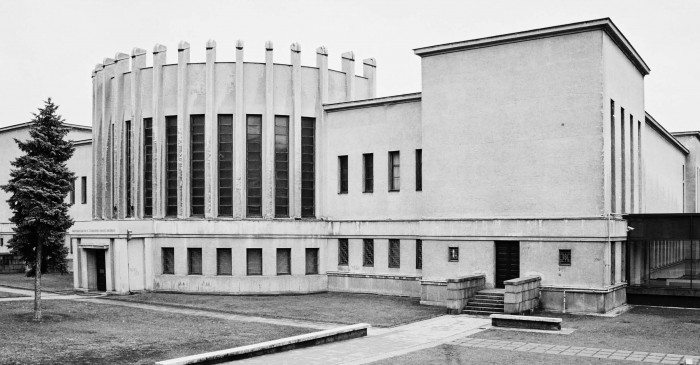 Thematically the exhibition is divided into two parts – public buildings (banks, clinics, churches, office buildings etc.) and housing architecture (apartment buildings, villas). The big and important projects like the Museum of Vytautas the Great (1930–1936) and Church of the Resurrection (1933–1940) built in the 1920s and 1930, as well as the compact stylish apartment buildings are still characterising the current cityscape of Kaunas, thus creating a consistent milieu in the heart of Kaunas. The exhibition shows 40 objects with new high quality photographs and plans.