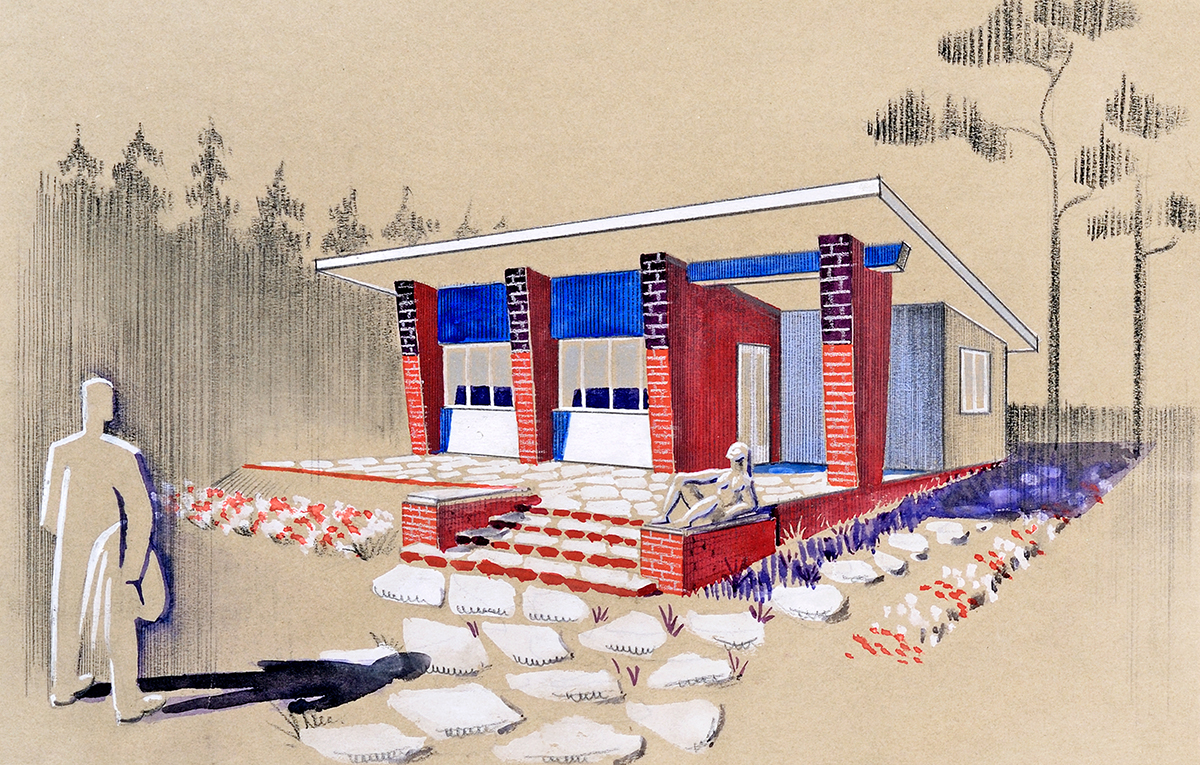 The term ‘weekend house’ (Estonian nädalalõpumaja) was introduced in the 1930s, when recreation and the new types of premises related to it started to gain wider popularity. Small cottage-type houses came to be built in Merivälja near Tallinn, but also in Vääna, Vasalemma and other places. These light one-storey summer houses with a couple of rooms meant as a quick weekend getaway for working people were fundamentally different from the large summer villas of wealthier people at the beginning of the 20th century. Recreation became part of the daily lives of the progressive Estonian middle class. Mart Port already designed his weekend house as a student project shortly after the war, borrowing both the name of the project and its generous spatial structure (the floor area of 70m2 is more than luxurious considering the era) from the first period of Estonian independence, adding load-bearing stone walls boldly visible on the facade and a strange female form in stone on the terrace almost as if greeting a man arriving at the property. Approximately ten more years passed before recreation and cottages actually became an important part of the Soviet ideology and the inalienable right of every working person. Moscow ordered the development of the first standard designs for summer houses – cheap wooden buildings with a floor area of just over 20m2, which could be erected both in gardens and the forest. Mart Port and Ülo Elland also designed one of these, which, like Port’s former student work, had a one-sided sloping roof and a front terrace, yet the house itself already consisted of prefabricated elements. The spread of the cottage culture to the masses had begun.