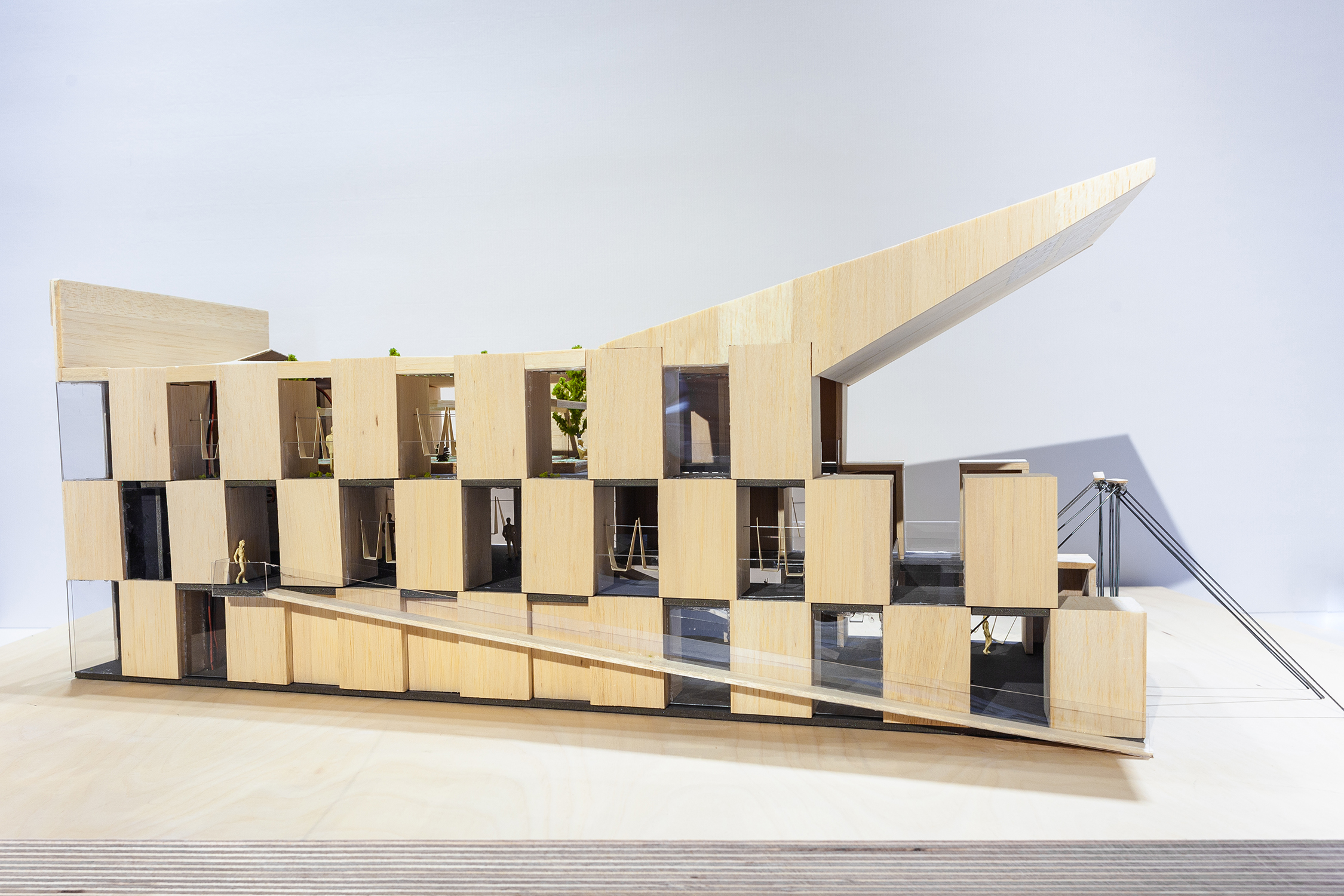 The World Expo in Milan, opened in May 2015, was the second time Estonia had its own pavilion at a world’s fair. In 2013, the pavilion design competition was won by Kadarik Tüür Arhitektid. The jury praised the pavilion’s light and airy solution, playfulness and flexible modular system. The pavilion was formed from wood-covered modules reminiscent of nesting boxes, stacked in a staggered fashion. The two floors of the pavilion featured interactive video installations about Estonian nature, life and culture, while entrepreneurs presented their products and services. The third level, partly open to the sky, was a pleasant place to spend time, and was filled plants from Estonia. Two kiiking swings were erected in front of the main entrance. These and the 34 energy-generating swings between the nest boxes proved to be the pavilion’s most popular attractions. In six months, 3.4 million people visited the Estonian pavilion and it won a bronze medal for the design of the exhibition in a category of the pavilions under 2000 m2 (by the creative agency IDEA and the production company RGB Baltic).
The model of the pavilion was donated to the museum by the Estonian representation at the 2020 Expo Dubai.
Text: Anne Lass. Photos: Liisi Anvelt