(H)ARUTUS: Monuments to a Complicated Past. A view from Narva 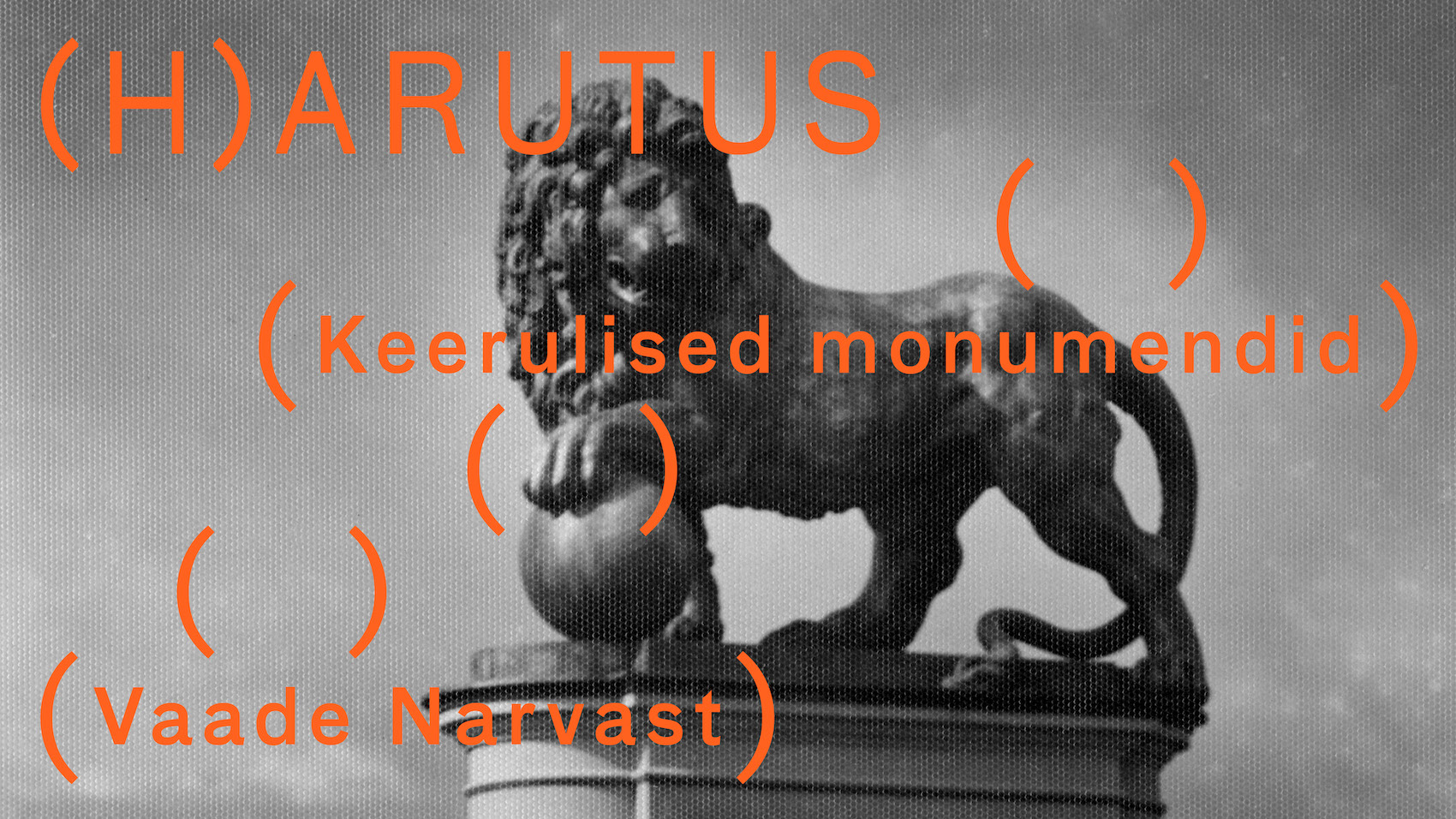 Estonian Museum of Architecture, the Narva Art Residency NART and the Estonian Academy of Arts are collaborating to hold the discussion series (H)ARUTUS in Narva.

On 21 January 2023, monuments, memory culture and heritage in Narva will be discussed.

For the past six months, the Estonian public has been engaged in a debate of monuments and Soviet-era heritage – which monument is appropriate, and which is not. The city of Narva was the first where monuments and symbols were removed from public spaces.

At the discussion evening in January, the meaning of heritage will be debated with the local community ­­– are monuments a location-based, power-based, or ethnic phenomenon? How and who should be involved in the public debate that has erupted around monuments and architectural decoration?

New monuments have been erected in Narva since the beginning of 21st century, the most famous being the statue of Paul Keres, the ‘Swedish Lion’, re-opened in 2000, and the ‘Pillow’, a work of so-called percentage art in front of the shared building of the Estonian Academy of Security Sciences and the Narva College of the University of Tartu. Together we will reflect on the impact of new monuments and analyse what kind of monuments are needed in today’s urban space. Narva’s historical Old Town and the prospect for its restoration is a key theme of heritage in Narva.

The event will be held in Estonian with synchronous translation into Russian.

N.B. Questions can be asked and discussed in your native language.

Participation is free of charge. Please mark your attendace: https://forms.gle/3iEN7nFx4ktrfTHJ7

After the discussion evening, snacks will be served and at 18:00 the film night will continue at NART.

(H)ARUTUS is a series of discussions organised by the Estonian Museum of Architecture, focusing on current issues in society that intersect with spatial culture and architecture. Experts from different fields come together to unravel the issues at stake and offer solutions from their own professional perspective.

Discussion series (H)ARUTUS is supported by Cultural Endowment of Estonia and RASK Attorneys-at-Law.