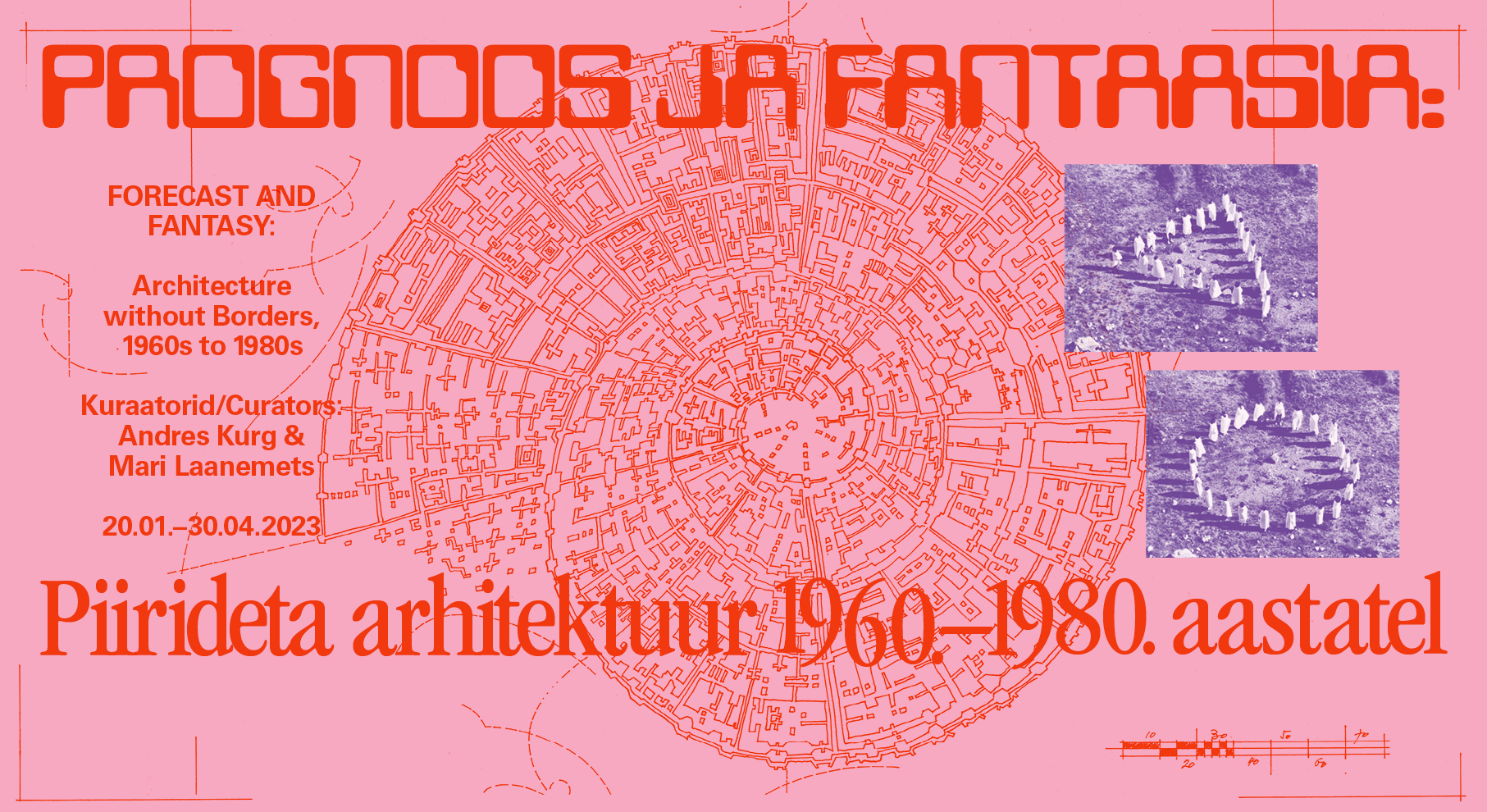 On Friday, January 20 an exhibition „Forecast and Fantasy: Architecture Without Borders, 1960s–1980s“ will be opened in Rotermann Salt Storage. This exhibition stages a meeting point for scientific predictions and futuristic fantasies that were manifested in architecture and art from the 1960s to the 1980s. Bringing together authors from Eastern Europe and the West, the exhibition will display works that emerged from the new technological reality that followed the Second World War, and which took it along unexpected paths: foreseeing the replacement of work with games and collective pleasures in computerised societies, turning away from the overarching machine logic and replacing it with myths and romantic ideas of the human being, or looking for traces of other civilizations from space, instead of conquering it. A utopia of quantification and of scientific planning, of the separation of life and work, was replaced by a striving towards harmony between the machine and nature, the mind and the body. These projects are extensions of a technologicised world, ironic and absurd situations that present a critique of rationalism and speak of the contradictions of late modern society, demonstrating at the same time both its intellectual horizons and the limits of its utopian fantasies.

Curators of the exhibition are Andres Kurg and Mari Laanemets, their assistent is Kristina Papstel. Design is by Kaisa Sööt and Indrek Sirkel. This exhibition has been produced in collaboration with the Estonian Academy of Arts and its research was supported by the Estonian Research Council grant (PRG530).

The exhibition places the Estonian architecture of the 1970s-1980 into international context and does it visually very effectively, comparing the works of our artists and architects not only with Russian paper architects, but also with Polish, Czech, Italian, Latvian and several other authors. The exhibition blurs the line between art and architecture, which both contribute equally to the visions of the future.

The curators of the exhibition, Andres Kurg and Mari Laanemets have collaborated earlier on such exhibitions as “Environment, Projects, Concepts: Architects of the Tallinn School, 1972-1985” (Museum of Estonian Architecture, 2008) and “Our Metamorphic Futures: Design, Technical Aesthetics and Experimental Architecture in the Soviet Union” (Vilnius National Gallery and Estonian Museum of Applied Art and Design, 2011-2012). Andres Kurg is professor of architectural history and theory at the Estonian Academy of Arts. His research focuses on architecture and design in the Soviet Union in the 1960s-1980s in relation to changes in technology and everyday life, and to alternative art practices. Mari Laanemets is senior researcher at the Estonian Academy of Arts. Her research focuses on 1960s and 1970s alternative art in the Soviet Union and its intersections with architecture and design practices, on post-war abstractionism and the aesthetics of modernisation in Eastern Europe.

The exhibition in the Estonian Museum of Architecture in the Rotermann Salt Storage is open until April 30, 2023.