Architecton 30 by Leonhard Lapin celebrates 30 years of the Museum 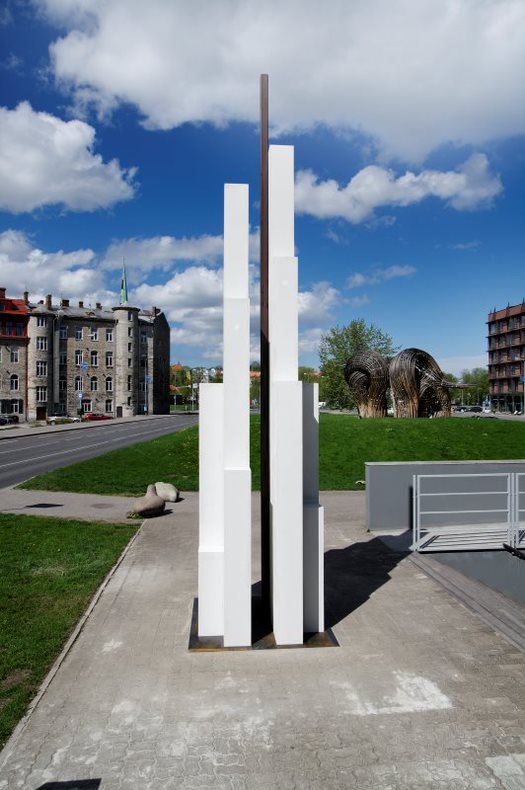 To celebrate the 30th birthday of the Estonian Museum of Architecture, architect and artist Leonhard Lapin created architecton “30” that stands now in front of the Rotermann Salt Storage, the home for the museum for 25 years. The Estonian Concrete Association and entrepreneurs donated the piece of art to the museum.

This architecton is a part of the exhibition “The houses that we need” celebrating the museum’s birthday, to be opened on June 10, 2021. The director of the museum Triin Ojari explains that sixteen architects and artists were tasked with creating an object conditionally called a house, the aim of which is to offer us a more beautiful and sustainable future on planet Earth. “Leonhard Lapin, as one of the biggest supporters of the idea of establishing an architecture museum 30 years ago, had the opportunity to put his object in front of a Salt Storage,” added Ojari, who said that Lapin was also one of the first to discover the salt storage building in 1991 from the Soviet-time closed seaside areas of Tallinn.

Lapin himself has described his work as an eulogy for Estonian modernism, embodied by the Museum of Architecture: “We are proud, because many large nations do not have such a museum, the Museum of Architecture embodies Estonians as a nation that creates architecture.” The sole purpose of the architecton is its artistic nature and it expresses a life free from pragmatism: it shows us that the contemporary architecture is not obliged to build everything pragmatically, as has happened in the port area of Tallinn city center.”

Architecton “30” is made of white concrete and steel, its main elements are 16 light reinforced concrete posts of different heights and 30 × 30 cm cross-section and a 7-meter-high steel box iron. At the foot of the posts there is a steel plate covered with a rust layer, which contains the details of the work and the names of the supporters.

The architecton will remain the property of the Museum of Architecture and will remain on the side of Ahtri Street at least until the next jubilee in five years.